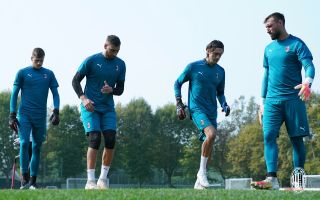 Tatarusanu on Donnarumma’s exit to PSG: “It was the best decision for everyone”

Ciprian Tatarusanu has claimed that Gianluigi Donnarumma’s AC Milan exit over the summer was the best solution for all parties involved.

At the beginning of the summer Milan parted ways with Gigio Donnarumma as the goalkeeper decided not to renew his contract with the club he came through the academy of. It was a big blow for the Rossoneri, but ultimately they swooped to get Mike Maignan to replace him in quick fashion.

It has been well documented that Donnarumma and his agent, Mino Raiola, were asking for a very high amount to sign a new contract and Milan didn’t agree to that. A lot of fans were upset by this stance, while others acknowledged that a principle had been set by Paolo Maldini and the management.

Tatarusanu was interviewed by Tuttosport about a number of different topics including Sunday’s derby and how he is feeling from a confidence point of view, while he was also asked about Donnarumma’s decision to leave and if he understands it.

“I don’t have to understand. He made his choice by making decisions. He is doing well in Paris, we are doing well here. I think it was the best decision for everyone,” he said (via MilanNews).

READ MORE: Giroud reveals what struck him about Pioli and jokes about the area he can improve