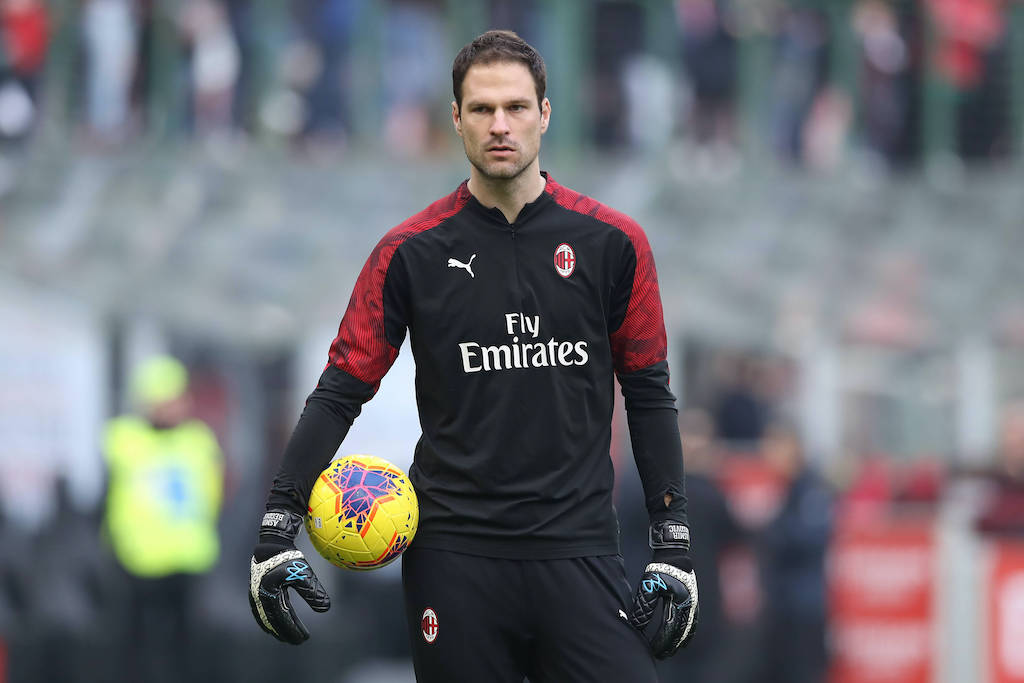 Telegraph: Milan in talks with Bournemouth over signing to fill hole in current squad

AC Milan are in talks with Bournemouth over a deal to bring back goalkeeper Asmir Begovic, according to a report.

Milan’s previous deputy to Gianluigi Donnarumma – Pepe Reina – completed a move to Serie A rivals Lazio on Thursday. The veteran Spaniard will penned a two-year deal with the capital club despite the strong interests of Valencia, and that means that Milan are in the market for a goalkeeper again with Alessandro Plizzari having gone out on loan.

There has been speculation in the media since suggesting that Begovic could return to San Siro having spent the second half of the 2019-20 season at Milan on loan from Bournemouth.

According to The Telegraph, Milan are in talks with the Cherries over bringing Begovic back to provide cover for Donnarumma again, with Bournemouth having suffered relegation to the Championship but having sold their own starting GK in Aaron Ramsdale to Sheffield United.