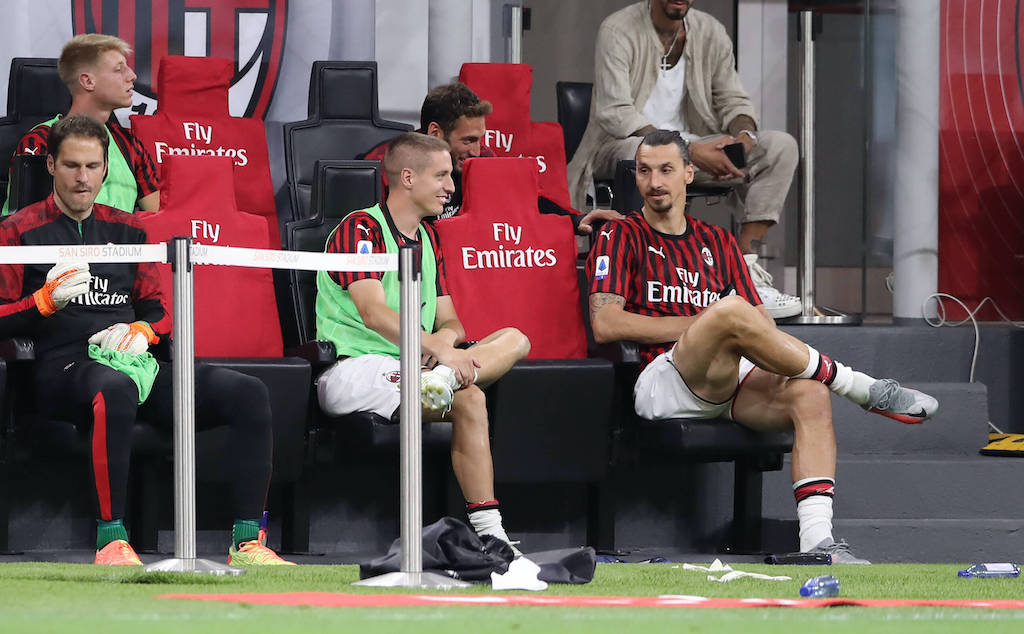 Telelombardia: Ibrahimovic’s stunning reaction to being subbed – “Take Calabria off instead”

Zlatan Ibrahimovic made a staggering remark after being substituted during the 62nd minute of Milan’s 5-1 win over Bologna.

Ibrahimovic was removed from the action in the second half having provided two assists for his team-mates, but he was seen shouting at Pioli on the sidelines as he went to take up a position on the bench.

It is the third time in four games he has been replaced around the hour mark, and he ignored a fist bump with Pioli before exulting an angry reaction.

As reported by DAZN, Ibra was annoyed at the timing of his withdrawal as he wanted to continue playing and to score a goal. Pioli tried to extend his hand to congratulate him on a positive display, but the Swede pointed to the field.

According to Telelombardia (via MilanWorld), Ibrahimovic said: “Next time take someone else, not me. Take Calabria off instead.”

The newspapers confirm Ibra’s declaration to Pioli: “Next time you bring out one of those. I wanted to score.”