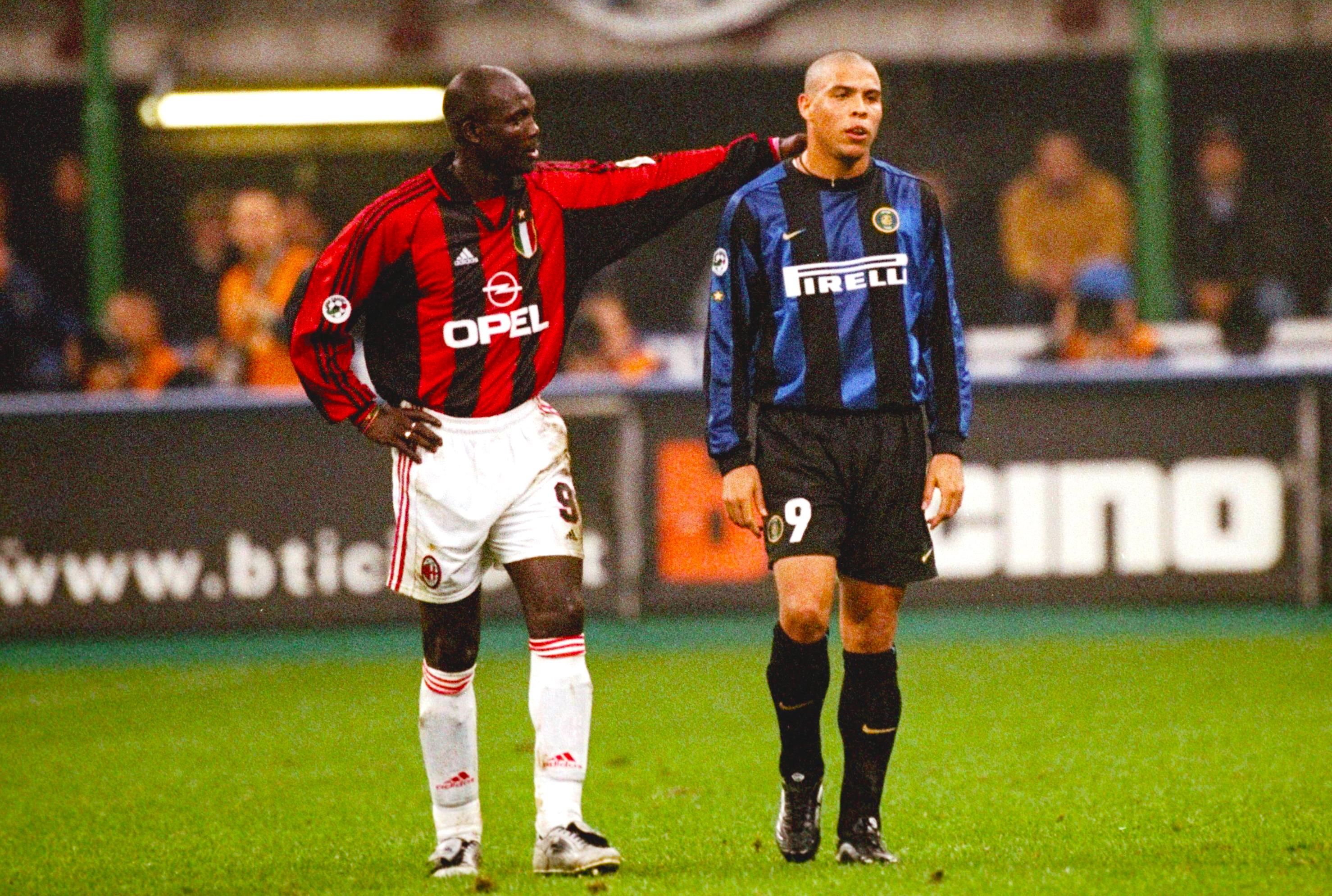 As we get set for another instalment of the Derby Della Madonnina, it’s a good time to look at this historical rivalry.

There have been many legendary matches, players and coaches involved in one of football’s greatest occasions. Below, we list 10 famous wins for the Rossoneri over the Nerazzurri in the almost 110 year long-standing battle for bragging rights of the city…

1. Where it all began

Following a disagreement between members of the Milan Cricket and Football Club over the signing of foreign players, a new club was formed which would be known as Football Club Internazionale in March 1908.

It did not take long for the clubs to meet as they clashed for the first time not in Milano, but in the Swiss city of Chiasso. The meeting took place on October 18, 1908 in a friendly which il Diavolo won 2-1.

The clubs would meet just three months later in the first official meeting in the old Italian Football Championship and the red & black half of the city triumphed once again 3-2 in an enthralling match. Interestingly at that time, Milan were going through a re-building phase, as many of the players that helped the club win three titles in 1901, 1906 & 1907 has either retired or moved on.

Between 1911 and 1913, Milan were experiencing their first truly dominant period in the rivalry. They won five consecutive games against il Biscione, including in that run was a win by three clear goals by 6-3 on the 30th April 1911.

By that time, the club had already begun to sign foreign players and one of those said non-Italians would play a key role in the win. Belgium striker Louis Van Hege was a monster in attack and racked up 98 goals in just 92 games for the club. He ran the show, scoring a goal and adding an assist in that nine-goal thriller.

Following their dominance of the initial stages of Italian football, Milan went through a period of ups and downs. The club had good players, tactically astute managers and a growing fanbase, but the title proved elusive.

That all changed in the early 1950s following the signings of the famous Swedish trio of Gunnar Gren, Gunnar Nordahl and Nils Liedholm. They were nicknamed Gre-No-Li and led the revival of the team’s fortunes, helping Milan to a famous win over Inter on the 25th March 1951. 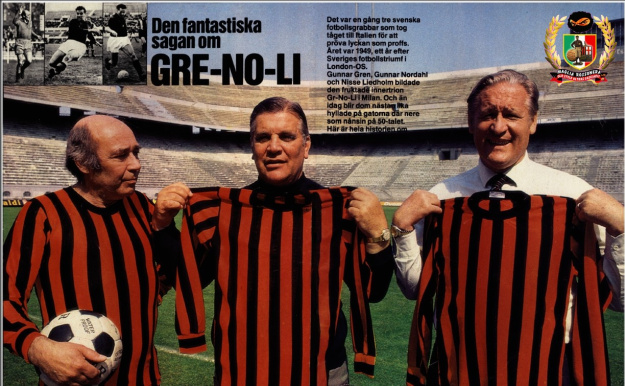 Lajos Czeizler was the manager at the time and strong mentality he built within the squad helped them to a famous 1-0 win in the derby. That single but valuable goal was scored by the super striker Nordahl and he along with the rest of his teammates would clinch the Scudetto for the first time in 44 years and their first ever international trophy in the form of Latin Cup.

By the late 1970s, both clubs were struggling to regain their past glories as Juventus were the dominant force in Calcio. However, they had the chance to rectify that as they met in the first ever Milan derby in a Coppa Italia final.

On July 3 the teams battled it out at their home ground the San Siro. The Rossoneri were managed by Liedholm at the time who was in his second stint on the bench at the club. The first half was tactical and tight, as the teams not wanting to make any mistakes in front of a sell-out crowd of 85,000.

Just after the hour mark, the deadlock was broken as a moment of true genius from Milan’s golden boy Gianni Rivera was on display again. From a free-kick, the captain chipped the ball quickly over the covering defender for Aldo Maldera to run on to and his flying volley flew over Ivano Bordon in the Inter goal.

Giorgio Braglia scored on the stroke of the 90th minute and the win – a fourth Coppa Italia success and a famous win over the city rivals – was confirmed.

The early ’80s were the darkest period in Milan’s history, as the club suffered the ignominy of being relegated twice and although they won the Mitropa Cup in 1982, that was not much of a consolation.

By the time the teams met in October 1984, Milan had not won a Derby in nine matches (since 1978), and it was expected that the Nerazzurri would triumph once again. They had a team filled with stars such as Walter Zenga, Guiseppe Bergomi, Liam Brady and Karl Heinge-Rumenigge among others.

The blue & black half of the city took the lead through an Alessandro Altobelli header, but Milan equalised with a lovely worked goal between Hateley, Ray Wilkins and Pietro Virdis that was finished off by Agotino Di Bartolomei.

With less than half an hour remaining, Franco Baresi won the ball from Altobelli, the ball fell to Virdis who curled in a floated cross and the Englishman scored a bullet header to win a game that is still talked about to this day.

Following media tycoon Silvio Berlusconi’s acquisition of the club, things started to turn back in an upward trajectory. Milan had not won the Serie A title since 1979, but with the famed defence of Tassotti, Baresi, Costacurta and Maldini as well as the Dutch duo of Marco Van Basten and Ruud Gullit meant the club had a team that could compete for honours.

The first derby of the season was five days before Christmas and won through an Inter own goal scored by Riccardo Ferri in just the fourth minute. The second encounter occurred on Sunday 24th April, and with Milan in full flow having taken some time to get used to manager Arrigo Sacchi’s tactics, they ran out 2-0 winners.

Gullit netted with a bullet into the roof of the net just two minutes before half-time and Virdis scored a goal of his own 10 minutes after the interval to complete the victory. It was a huge step in a season that would ultimately see Milan claim the Scudetto.

As some of you may or may not know, Milan were formed as a football and cricket club, and hitting a six is indeed a cricket term. On May 11 2001 however, it would become synonymous with the derby too.

Gianni Comandini grabbed a brace before the 20th-minute mark had even been reached and Milan mauled Inter even further in the second half. Federico Giunti and Serginho scored at either end of the half and sandwiched in between was an Andriy Shevchenko double as Milan ran riot.

At one point during the match, an Inter fan ran onto the pitch to ask Costacurta to stop the destruction.

Arguably the most famous encounter is this storied rivalry was the meeting in Europe’s most prestigious competition in the last four in 2003.

The build-up was intense, the coverage was 24/7 round the clock and the opportunity to “get one over” your rivals had never had more meaning.

In the first leg, Milan were the designated ‘home team’ and in a match with very few chances it ended scoreless. The ‘return leg’ was just six days later and both clubs knew history beckoned. This match was slightly more open and on the stroke of half-time, the Rossoneri struck what would be the decisive blow.

Clarence Seedorf carried the ball forward, and passed to Shevchenko and the Ukrainian went to work; dribbling past Ivan Cordoba before being tripped slightly, firing the ball into the roof of the net past Toldo in the Inter goal as he was falling to the ground.

Obafemi Martins equalised for Inter with 10 minutes remaining, but Milan held on to progress to the final via the away goals rule. It got even better for the club as they would beat another arch-rival in the form of Juventus in the showpiece event to win the European Cup.

Towards the business end of the 2003-04 season, Milan were European Champions and were leading the race to win the Scudetto for the first time since 1999.

On the February 21 the clubs met for the second time of the year and Inter scored two first-half goals to lead at the break. It has been rumoured that Berlusconi to have his say on a lacklustre first 45 minutes.

Whatever the truth may be, the Rossoneri launched a resounding comeback. Jon Dahl Tomasson was brought on at the interval and he halved the deficit with a tap in. A minute later and it was all tied as Kaka ran 30 yards and unleashed a daisy-cutter as the smoke engulfed the San Siro.

Milan did not settle there: Seedorf collected the ball at the byline, dribbling before unleashing a ferocious shot from all of 35 yards out that a flying Toldo could not stop. The comeback was complete, and it is regarded as the key moment in a season that would see Milan won go on to win the Serie A title.

In all the years of the meeting between the league champions and the Coppa Italia winners, only once has it been contested between the Milano teams.

It took place on 6th of August 2011 in Beijing, and on an overcast night at The National Stadium in China’s capital in front of over 66,000 fans, the Nerazzurri took a first-half lead through Wesley Sneijder free-kick.

Milan though would not be overawed, and in a dominant second-half performance Zlatan Ibrahimovic equalised with a flying header from a Seedorf cross. Less than 10 minutes later, Milan took the lead. As Alexandre Pato’s shot hit the post, the ball fell into the path of Kevin-Prince Boateng and the Ghanian put the ball into the net with a sliding finish.

Despite the best efforts of the opposition, Milan held on to lift the trophy.

As we gear up for 225th encounter in this famous rivalry, let’s hope for another victory for our beloved Milan.