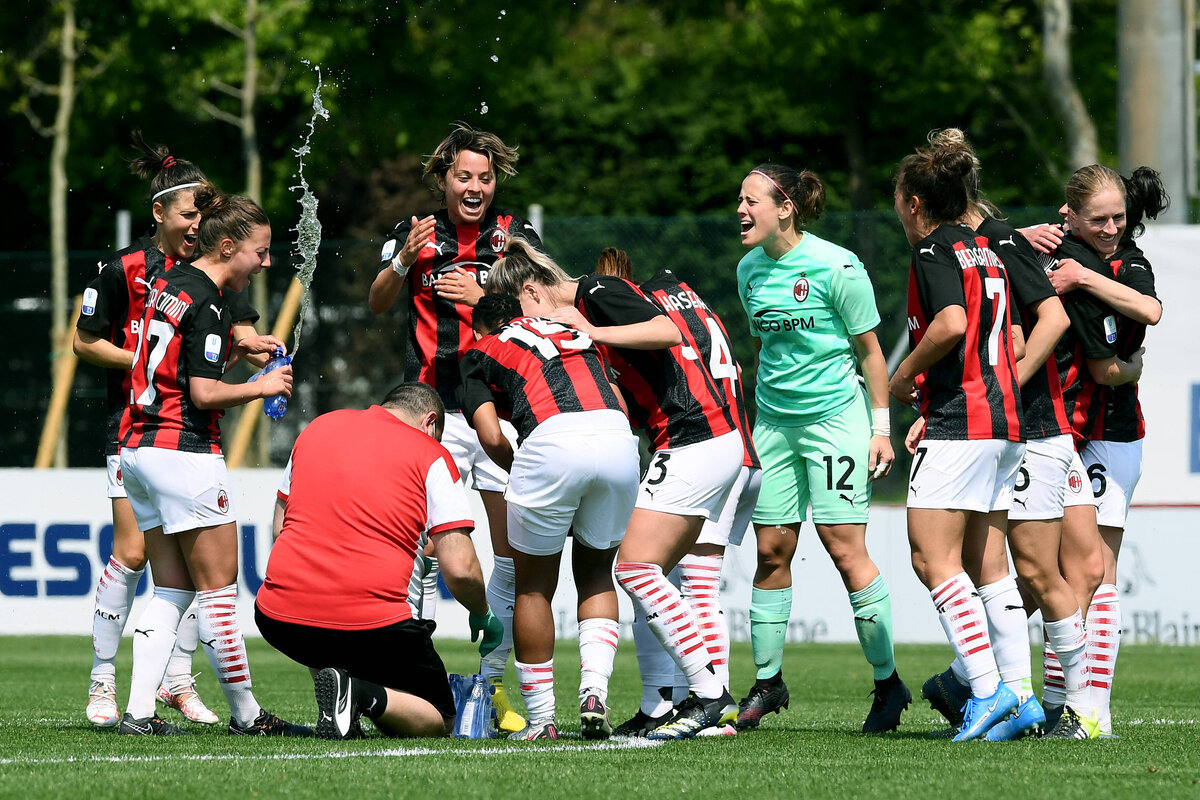 AC Milan Women beat their crosstown rivals Inter by a score of 4-2 in the second leg of their Coppa Italia Femminile fixture. The aggregate score, therefore, was 5-4 as the first game ended 1-2.

And with that win, Milan have now advanced to the tournament’s final, where they’ll face either AS Roma or Juventus. The winner of that match will be determined tomorrow.

Vero Boquete was undoubtedly the star of today’s show, as the Galician put on a clinic and scored her first and second goals for Milan. Natasha Dowie would double the team’s advantage in the second half and stave off a late rally by Inter.

With this win, the Rossonere not only cemented their superiority over their cousins, but they also advanced to the Coppa Italia final for the first time in their history.

A full review of the match will be posted later on. For now, you can watch a replay of the match on AC Milan’s official Dailymotion page.