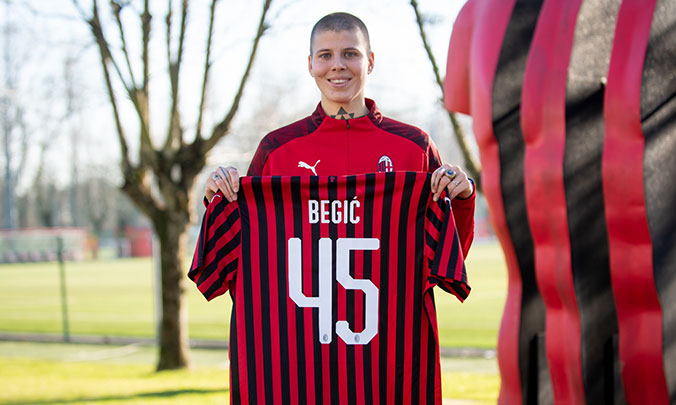 The AC Milan women have officially signed Pamela Begič to their squad. Pamela is a 25 year old Slovenian international who is most noted for her time at the University of Florida, where she was named to the 2013 SEC All-Freshman team.

The Slovenian signed for the Rossonere after a ‘trial period’, where she managed to convince the team to take her on-board. A tall and versatile midfielder, Begič will be a crucial addition to Milan as they make their way through the season.

She also has experience playing in Europe with Cypriot side Apollon Ladies F.C. It is something that will come in handy for Milan, given that their main objective this year is to qualify for next season’s Champions League. Although Pamela has started to train with the team, it is not known whether she’ll be available for their game on Sunday.

The Milan Women will return from their winter break on that day, and take on Serie A debutantes Empoli then.

You’ll be able to watch the game live, either on TimVision (Italy only), or on the official AC Milan app.