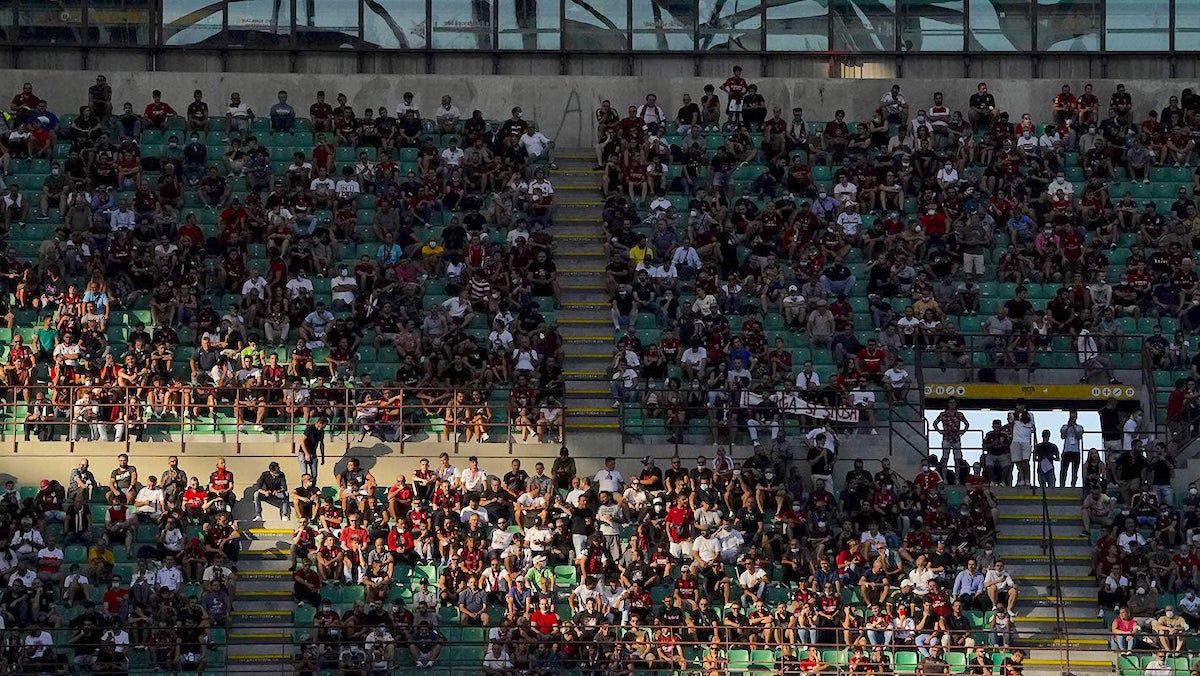 AC Milan are heading towards another bumper crowd for tonight’s game against Venezia, the first midweek home fixture of the new season.

According to the club’s official website, around 27,000 fans are expected to be at San Siro for the game against the side from Venice and tickets are still on sale so there is still chance for a late surge.

Milan have won both their home games so far against Cagliari and Lazio, winning 4-1 and 2-0 respectively. Fans will of course have one eye on next week’s game against Atletico Madrid, but there are still three vital points up for grabs tonight.

As was announced yesterday during the presentation of the Club’s inclusion programme “AC Milan for all” – which was attended by Club President Scaroni – the Rossoneri are increasing their efforts to increase accessibility for disabled fans and have presented an audio-description service for blind and visually impaired supporters.