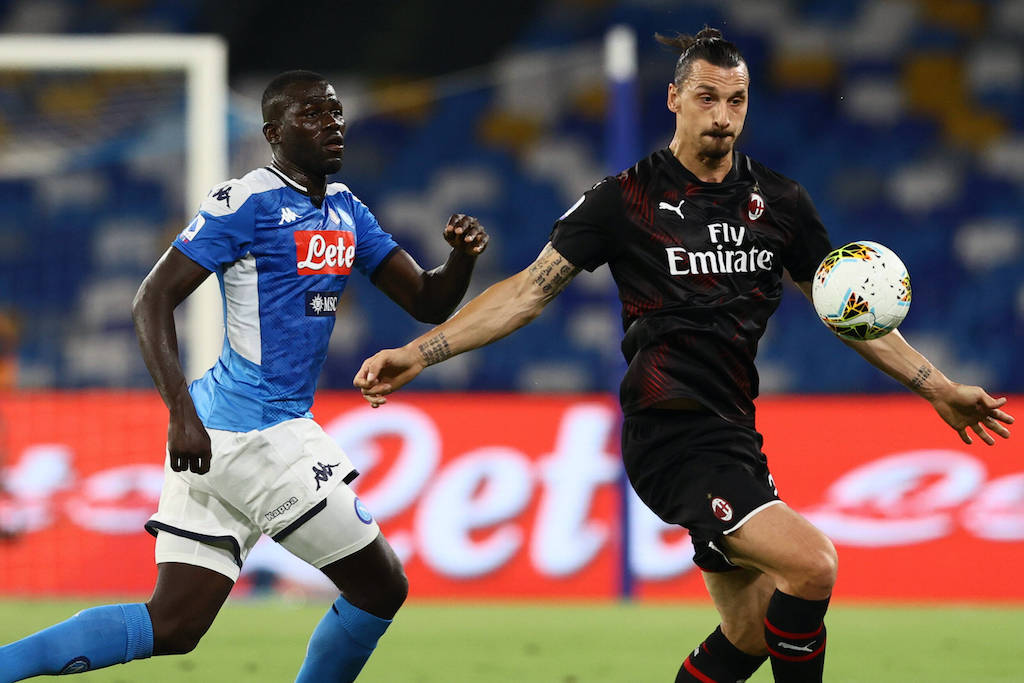 The five key individual battles that will determined the outcome of Napoli vs. Milan

It will be a fascinating encounter between Napoli and AC Milan on Sunday night for a number of reasons, especially including the tactical battles in different areas.

As Tuttosport points out (via MilanNews), there are a number of key duels that will go some way to deciding the outcome of the game at the Stadio San Paolo.

Perhaps the most crucial one will be the battle between Ibrahimovic and Koulibaly, as the Senegal international will have to keep the top scorer in the league quiet.

There will also be a fascinating duel between Ante Rebic – who will play close to Ibrahimovic and therefore centrally – and Kostas Manolas, who is Koulibaly’s centre-back partner.

At the other end, Insigne will be looking to get the better of his Italy team-mate Calabria, while Romagnoli will have to pay attention to Dries Mertens, who will play as a centre-forward given Osimhen’s absence due to injury.

Finally, the reuniting of Bakayoko and Kessié will be a fantastic spectacle, as both are called upon to give balance and physical strength to their respective teams. The Ivorian recovers, on average, 7.4 balls per game against Bakayoko’s 5.8, La Gazzetta dello Sport (via PianetaMilan) reports.