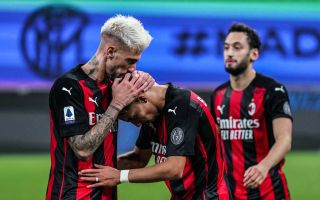 Some good news has arrived regarding the fitness of three members of the AC Milan squad, according to a report.

Ismael Bennacer and Samu Castillejo were not present during yesterday’s win over Fiorentina, and Tuttosport (via MilanNews) have revealed that the Algerian was rested due to fatigue, while the Spaniard is struggling with a slight inflammation in his left knee.

However, their conditions do not worry the coaching staff and both should return to Pioli’s disposal for Thursday’s match against Celtic in the Europa League.

Meanwhile, today’s edition of La Repubblica (via MilanNews) notes how Zlatan Ibrahimovic was in the stands at San Siro and saw his team-mates beat Fiorentina, but he wants to be out on the field as soon as possible.

The Swede, who is struggling with a muscle problem he sustained in the game against Napoli, is hoping to be back in contention for next Sunday’s tip to face Sampdoria.

Leao is also expected back fairly soon, so it seems Milan will have a clean bill of health again in the not too distant future.