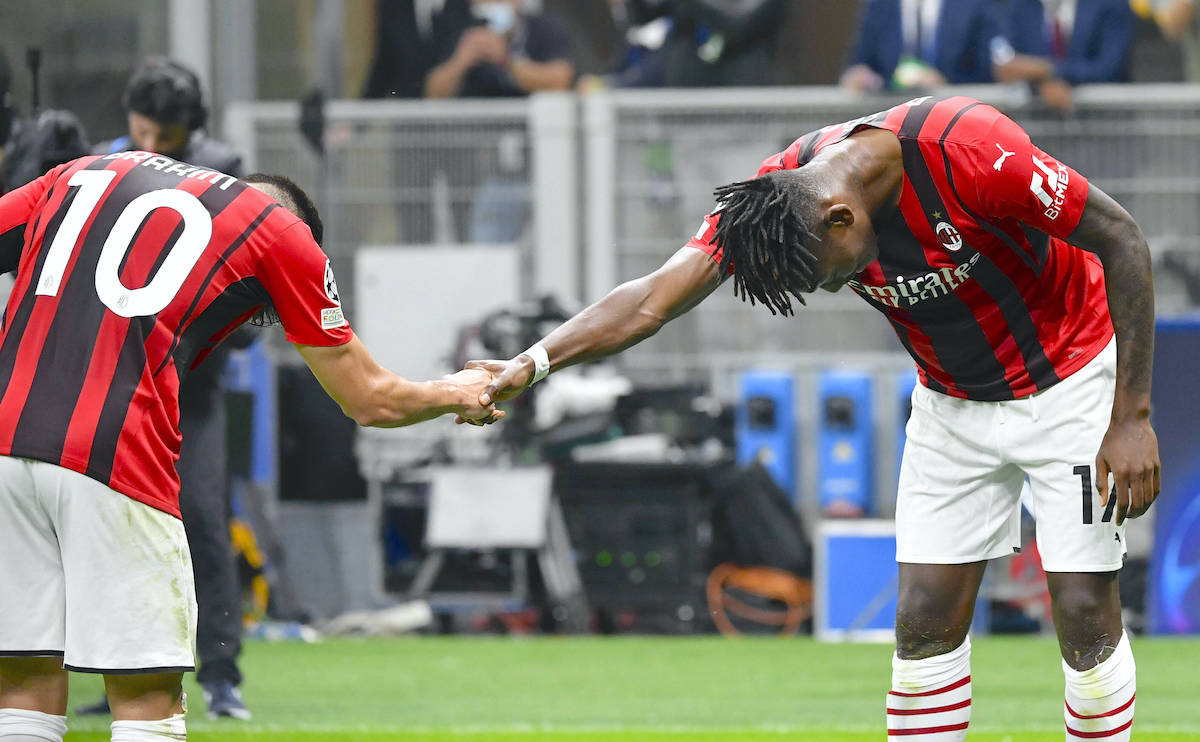 The Leao and Brahim show: All the key stats from Milan’s loss to Atletico Madrid

AC Milan fought until the end but were ultimately condemned to a 2-1 home defeat by Atletico Madrid in the Champions League last night.

There is no doubting that outcome of was heavily influenced by the referee’s decision to send Franck Kessie off not long after Rafael Leao had given the Rossoneri the lead. Antoine Griezmann equalised off the bench, and a controversial late penalty allowed Luis Suarez to win it for the LaLiga champions.

Below are the key stats from Milan’s defeat, via the official website…

➤ Milan played at San Siro in the Champions League for the first time in 2,778 days – 19 February 2014 against Atlético Madrid.

➤ Rafael Leão is the first Portuguese player in all competitions to score against Atlético Madrid after Cristiano Ronaldo’s hat-trick in a Juventus shirt in the Champions League in March 2019.

➤ Brahim Díaz is the youngest Milan to provide an assist in the Champions League since Stephan El Shaarawy in February 2013 against Barcelona (20 years, 116 days).

➤ Ismaël Bennacer had more duels (4) and more recoveries (11) than any other Milan player in the game.