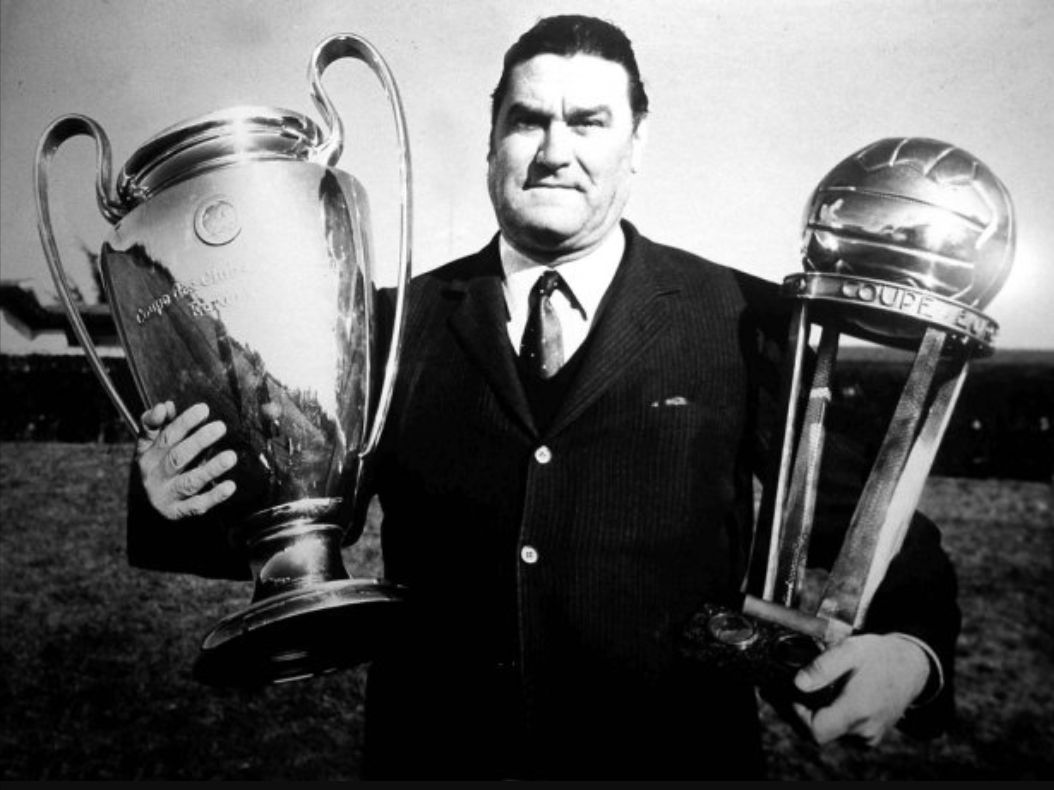 The legacy of Nereo Rocco: The man who built two great Milan sides

In this day and age of short memories and “recent achievements” being fully appreciated, we tend to forget those who have gone before us.

The same is true of the Rossoneri managers, as the likes of Arrigo Sacchi, Fabio Capello and Carlo Ancelotti are regularly mentioned when the discussions of the club’s best managers are the topic.

Of-course all three are legends, there is no doubt about that, but as the time passes, one manager’s legacy is being faded away to the history books, and that man is Nereo “El Paron” Rocco.

Born in Trieste in 1912, Rocco had two separate stints as il Diavolo’s manager – both hugely successful – and both created history that left an undeniable mark on the club.

Rocco played professionally for 14 years and represented his local team Triestina (where he came through the youth ranks), Napoli and Padova among others. He scored a total of 88 goals in 345 games and made a single appearance for his nation.

Even as a player he had shown his managerial qualities already, barking out instructions to teammates, directing tactical implementations and doing his best to raise his team’s play.

It seemed it was destiny he would be on the bench.

He did not have to wait too long for his chance, as after retiring in 1945, just two years later, he took over the reigns at his Triestina.

In his first campaign, they exceeded all expectations as they finished second behind “il Grande Torino” in 1948. It is the club’s best ever result in Serie A. He was always an outspoken character, something that led to him falling out with il Giuliani ownership.

He had spells with Treviso and Padova, and it was at the latter that he caught the attention of Milan, which included a third place finish in 1958.

Fast forward to 1961 and the club had gone a couple of years without silverware as rivals Juventus were dominating the Calcio scene, and Rocco was given the tough task of breaking the Bianconeri’s dominance. His effect was instant.

In the previous season, Milan finished four points behind Juve for the Scudetto, but in the 1961-1962 season, it was a very different story. 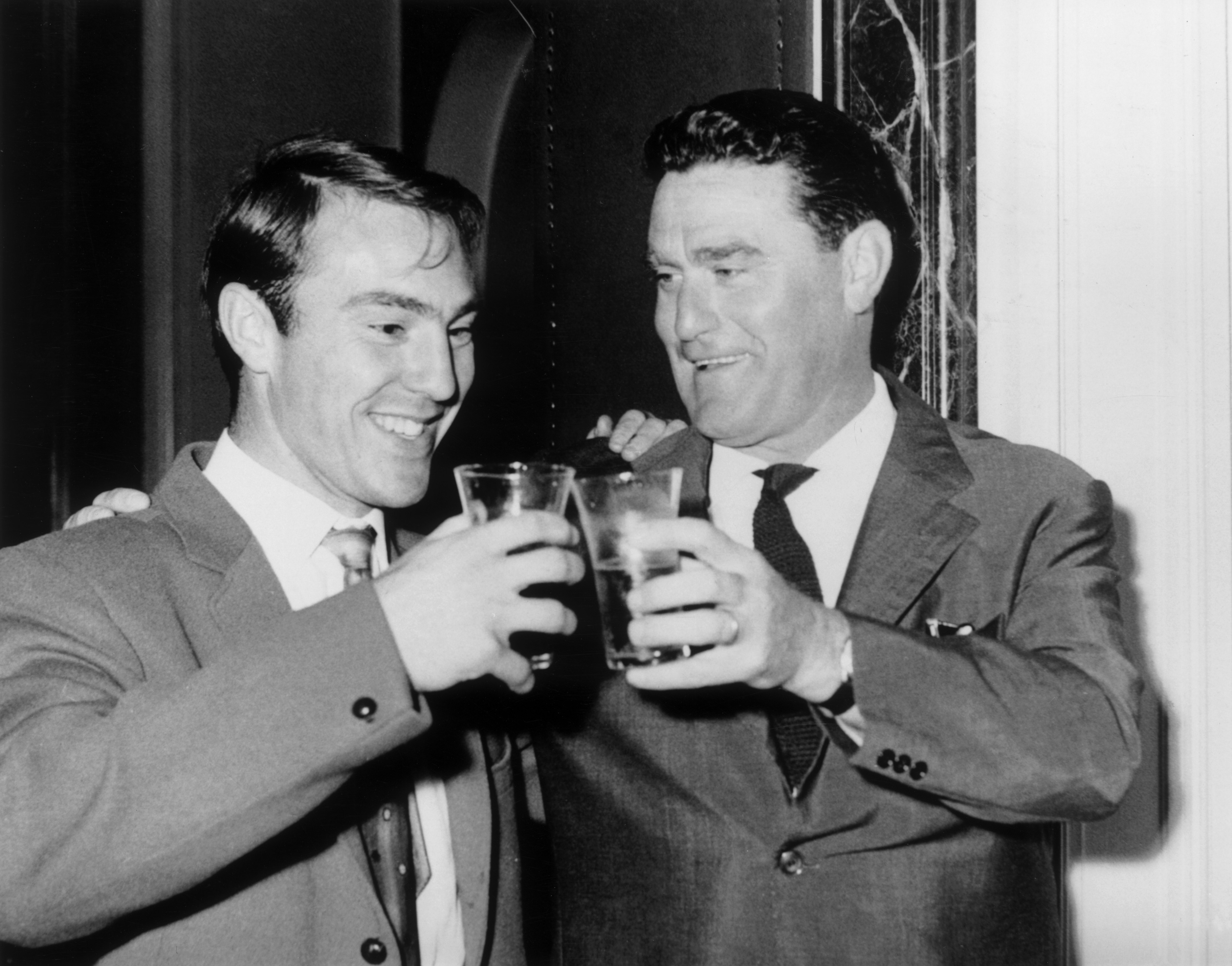 One of the most important purchases in Milan’s history was that of Gianni Rivera, who was signed from Alessandria in the summer of 1961 for a record fee and Rocco and him would build a long and fruitful relationship. Other important recruits were Brazilian midfielder Dino Sani and Peruvian defender Victor Benitez.

Another key component of Rocco’s set-up was the appointment of Nils Liedholm as his assistant. The Swede had achieved legendary status at the club, after having contributed to four Serie A titles and two Latin Cups during the 50’s and captained the club at the end of the playing career.

Rocco needed a man to be that bridge between himself and the players and Liedholm’s appointment was a master-stroke.

The Rossoneri stormed to the Scudetto finishing on 53 points, five over city rivals Inter. The play on the field was highly entertaining as well, as Milan scored 83 goals in the 34 game season, 22 more than the second best Roma, who had 61 strikes and had an overall goal difference of 47. Brazilian super-star striker Jose Altafini won the Capocanniere with 22 goals, while Rivera banged in 10 from his attacking midfielder role.

However, while the titles in Italy were important, Rocco’s biggest influence was on the continent.

Heading into the next season, him and the club set their sights firmly on the European Cup. Milan had lost the 1958 final to Real Madrid in the most closely fought final for Los Blancos in their five year stranglehold of the tournament.

In the league they finished third behind rivals Inter and Juve, but they saved their best for Europe.

Milan made a marker in the preliminary round by destroying Union Luxembourg 14-0 on aggregate and it was clear that Rocco sent out his team to attack, attack and attack some more and not to let up.

They subsequently overcame Ipswich Town, Galatasaray and Dundee, to reach a second final in Europe’s most prestigious competition.

Rocco’s tactics in each and every round was ever changing, as he adjusted to the opponents play, as well as developing his own team’s play and he made full use of his entire squad.

In particular, he rotated Altafini’s strike partner, with Bruno Mora, Paolo Barison and Gino Pivatelli all playing key roles alongside the man from Sao Paolo.

In the final, they faced the two time defending champions Benfica who were the firm favourites with the bookmakers and neutrals alike.

On the 22nd May, at London’s Wembley Stadium Rocco led his team out to face Eusebio, Coluna and company. The Portuguese side dominated the early exchanges and took the lead through Eusebio in just the 18th minute. Rocco realised that if he was going to conquer the continent he was going to have to do it the hard way.

The teams headed into the interval with the same scoreline and Rocco, who was well known for his Triestine language, probably used some of that to inspire his team at the half-time break.

Milan came out all guns blazing in the second half, as they played slightly higher up the pitch and tried to pin back the Benfica midfielders who up until that point had controlled the game.

They were rewarded just before the hour mark as Altafini equalised with a right-footed effort just outside the box, and it was about to get even better just eight minutes later. On a classic counter-attack, the World Cup winner from 1958, was sent through one on one with the goalkeeper, and even though his initial effort was saved, he made no mistake with the second chance, as he buried the ball into the net.

Despite the barrage from the Lisbon team, Milan held on to win their first ever European Cup and Rocco had created history with the club.

Seeking a new challenge he left that same summer to take over at Torino, and led the club to their best performances since Grande Torino. However, after a four year stay in Piedmont, he returned to Lombardia to take over Milan for a second time.

There is a saying “never return”, but Rocco’s impact back at the Rossoneri was just as good, if not even better.

He joined a club that had just won their first ever Coppa Italia with a single goal victory over Padova, with the goal coming from Brazilian Amarildo. The squad was much changed, as Cesare Maldini, Altafini, Sani etc. were all gone, but the ones he met was just as influential on the club, in addition to the ones, he himself signed.

At the back, goalkeeper Fabio Cudicini defenders Roberto Rosato and German Karl Heniz-Schnellinger, while up front, the club had am impressive array of attacking weapons.

Swedish winger Kurt Hamrin, Brazilian Angelo Sormani, Argentine Antonio Angelilo, complimented local boy Pierino Prati. However, two key men from Rocco’s first stint was still there, in the form of Giovanni Trapattoni and Rivera, who by now was the skipper.

The club had finished 12 points off the top of the league and as if Rocco’s first go around at the red & black half of the city was not phenomenal enough, he sealed his legendary status in football, after he returned.

They re-claimed the Scudetto in his first campaign back, as they finished nine points above Napoli. It was a massive advantage in an era of just two points for a victory. They scored 53 goals and finished with a goal difference of plus 29.

As in his previous helm at the club, he again created history on the European front, as he led the Rossoneri to a maiden Cup Winners’ Cup to complete an incredible double. The club overcame German side Hamburger SV 2-0 with Hamrin scoring both goals before even 20 minutes had elapsed in the game.

Rocco always saw the significance of continental competition and proved so yet again.

Their domestic form fell off a bit as they finished four points behind Fiorentina in the race for the Scudetto and were knocked out by Torino in the last eight of the Coppa Italia. However, the Diavolo again showed their prowess in Europe.

Unlike their first European Cup victory six years earlier, their path to final was a lot tougher. They needed a home victory against Malmo after losing the first leg in Sweden, beat Celtic 1-0 with a goal in Glasgow and got past defending champions Manchester United by a 2-1 margin to reach the final.

In that final they faced the up and coming starlets of Ajax who had played fantastic football throughout the competition in the embryonic stages of ‘Total Football’.

However, in that final that was played at the Santiago Bernabeu, they ran out winners by a rampant 4-1 scoreline. Rivera was at the heart of everything that was good about Milan, as Rocco’s influence on the now 25-year old was at his supreme best under the tutelage of the manager.

Prati scored a hat-trick and Sormani added a brilliant run and shot to complete a momentous win for the club, and Rocco had done it again.

He joined the club two times and both times within the space of two seasons, he led them to victory to the biggest prize in both Italy and Europe.

When he led Milan to their first European Cup in 1963, as stated above, he left soon after, so he did not have the chance to claim the World Club Cup title, then know as the Intercontinental Cup.

This time he stuck around as they faced Estudiantes in the two-legged play-off.

It was a bruising encounter that the Rossoneri eventually won 4-2 on aggregate following a 3-0 win at home, before they lost the away leg in Buenos Aires 1-2. The return leg saw Milan forward Nestor Combin bloodied among a whole hosts of other unsavoury incidents that took place. Nevertheless, Rocco had led the club to their first world title.

Rocco stayed on a further four seasons after that, winning the Coppa Italia twice (history again for El Paron) and a second Cup Winners’ Cup in 1973, as part of a double.

The Scudetto however eluded Milan in the latter years of his reign with the Rossoneri, but his iconic status with the club was firmly etched in the hearts of the tifosi.

Milan have had many great tacticians in it’s glorious history, but Nereo ‘El Paron’ Rocco stands high alongside them all. It was not just the trophies he won with the club, but the way it was achieved, the young talents he helped moulded, the constant evolution of tactics and planning and his ability to build successful teams over a period of time.

Rocco’s reign with Milan has left a mark on the club which will never be forgotten.