The numbers behind Rafael Leao’s bright start for AC Milan

Milan acquired Rafael Leao from Lille in the summer, with the Portuguese having impressed in training and earning himself three consecutive starts in the last three Serie A games.

Leao made his first start against Inter in which he showed his potential but was well managed by the experienced Diego Godin.

However, the youngster did have some brilliant moments which caught the eye, convincing head coach Marco Giampaolo to leave him in the starting XI.

A bright performance against Torino was followed by a beautiful solo goal against Fiorentina – his first for the club – and now Rossoneri fans are purring about Leao’s potential.

Here, we take a look at the stats behind his performances thus far, via SofaScore… 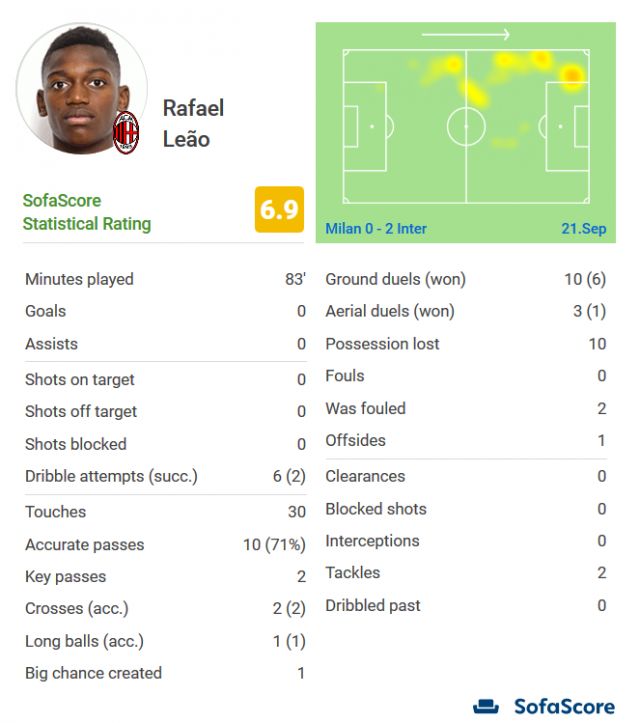 Above, we can see the Portuguese’s heat map against Inter, which does not look too impressive on the face of things but for his first Milan start playing against an Antonio Conte side in a game in which his team-mates struggled, it is understandable.

Only two successful dribbles out of six, but the youngster managed to win six ground duels out of ten against the experienced backline against facing him.

Nothing fancy here but it sums up the whole game for AC Milan on a night to forget. 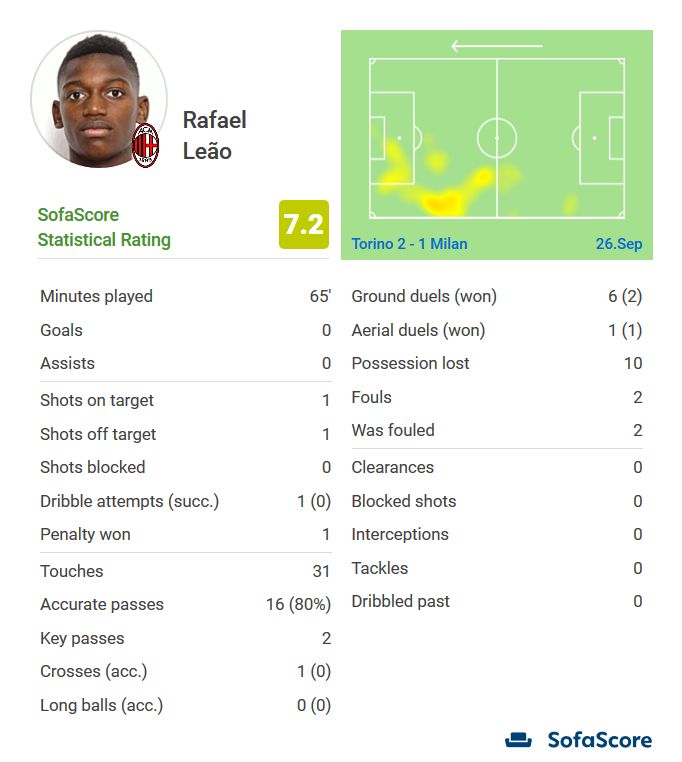 Against Torino, however, the youngster had a more significant impact.

He won the penalty for his team after being bundled over in the box, something which initially gave the lead to the Rossoneri before Andrea Belotti’s double won it for the home side.

Leao had close to the same stats as in the previous game, and he only played 65 minutes this time around in yet another frustrating game for Milan. 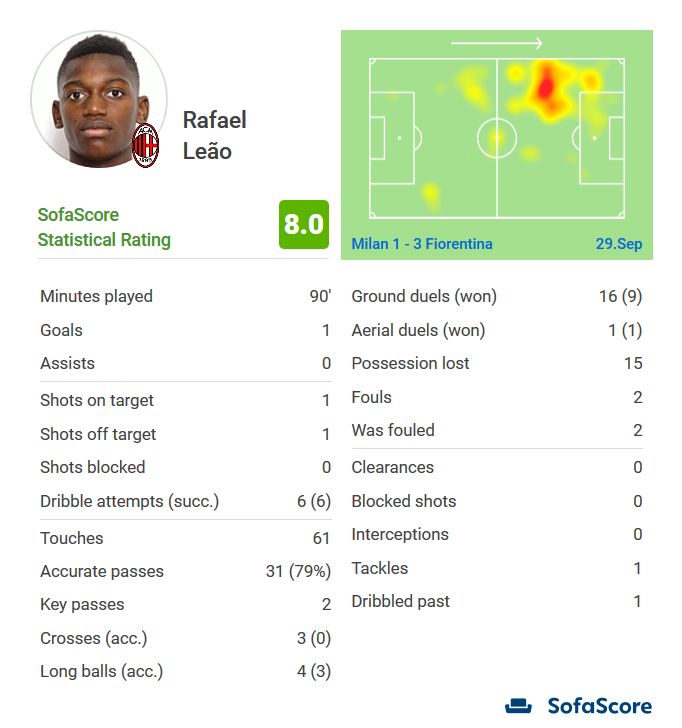 In the most recent game against Fiorentina, we find the former Lille forward’s best performance out of the three.

In a nightmare for the Rossoneri, the Portuguese managed and incredible solo goal at the end of the game and was always causing trouble for La Viola.

With twice as many touches compared to the last two games, Leao managed six successful dribbles out of six with two key passes and one goal on his name.

We also saw see his physicality and ability to win duels as the forward was involved a lot in the game.

His levels of his performances rising, we hope to see more and more from the 20-year-old as the season progresses, as we have already seen the potential he possesses.

Some may consider him a rough gem, but Giampaolo must give faith to players who are willing to battle and can offer moments of genius.