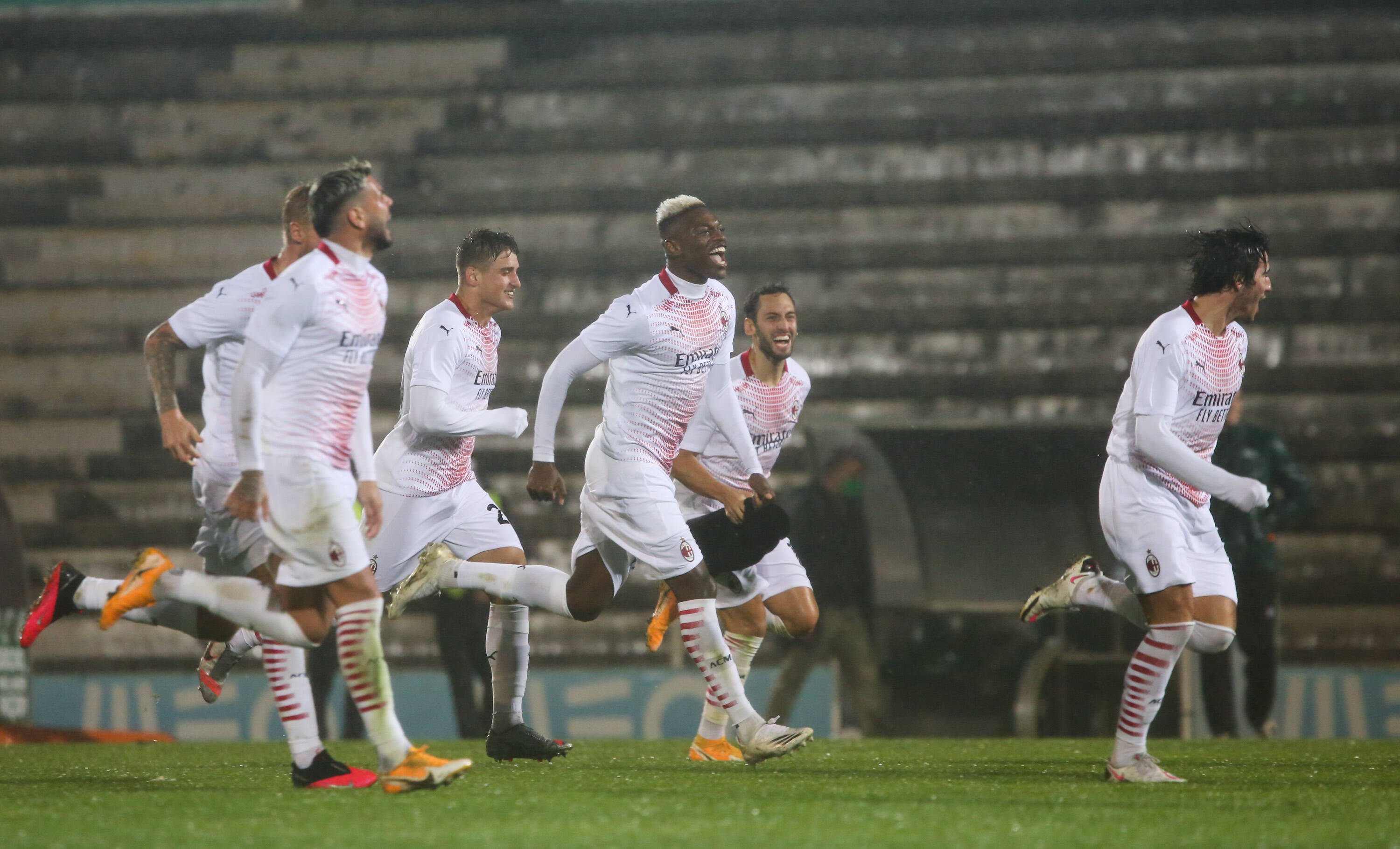 A lot of people have been asking why Matteo Gabbia did not take a penalty for AC Milan before Ismael Bennacer stepped up to take his second as the man at the top of the list.

The Rossoneri made it into the groups by the skin of their teeth as they won 9-8 on penalties in Portugal against Rio Ave last night in a shootout which had 24 spot kicks.

Every player took one with two players even taking a second – but Gabbia was not designated to take a penalty. The reason though is very simple: Gabbia was the 11th take on the list (even below Donnarumma) and was automatically excluded due to the numerical inferiority of the Portuguese side.

The red card for Borekovic in the 120th minute meant Rio Ave were down to 10 men, and UEFA regulations mean that the opposing team – albeit with all 11 players available – must present only ten players on the penalty list.

Gabbia was thus considered out of this lottery, giving way to Donnarumma.