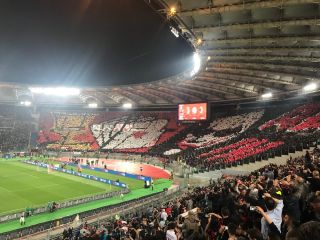 AC Milan are looking to reach the final of the Coppa Italia for the third time in five seasons, but they have to get past a familiar foe in Juventus over two legs first.

You can read our match preview for the first leg here, as well as the respective probable starting line-ups and the official 22-man squad named by Milan.

Looking at the stats before the game, you could be forgiven for being worried as a Milan fan.

Starting with head-to-head, the Rossoneri and Bianconeri have met 25 times in the Italian Cup with just seven Milan wins, 11 Juve wins and seven draws.

In addition, Milan have won only two of their 16 semi-final first legs played in the Coppa Italia: four defeats and 10 draws complete the balance.

Milan have won two of their last three semi-finals played in the Italian Cup – against Juventus, on the other hand, they only passed won once in the final four back in 1967, being eliminated on the following three occasions.

Milan have not beaten Juventus in the Coppa Italia, since 1978, when Nils Liedholm swept away the resistance of Giovanni Trapattoni’s side.

Milan boss Stefano Pioli has never won against Juventus as a manager, which obviously includes his spells at Parma, Chievo, Lazio, Sassuolo, Fiorentina, Inter and others.

Looking at individuals, Paulo Dybala has scored six goals against Milan since joining Juventus. La Joya has only done better against Udinese (eight) and Lazio (nine).