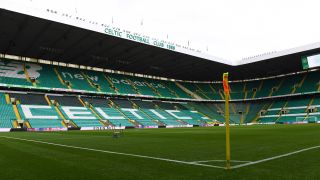 AC Milan’s opening Europa League game against Celtic is currently at risk due to a lockdown that may be enforced, a report claims.

The Rossoneri are set to travel to Scotland to face the Hoops on Thursday October 22 as they kick-off their Europa League group stage campaign, but Coronavirus seems to have other plans.

According to The Sun (via MilanNews), Milan could see their European postponed because of the pandemic that is raging around Europe again, but especially in Scotland.

The Rossoneri might not leave for Glasgow due to a mini-lockdown that has been imposed in recent days by the Scottish government due to a strong rise in cases. If the match is not played, it would be moved to a later date rather than a forfeit.

The government’s decision was made following the number of cases found on Monday: 697 new positive tests. Fortunately, there has been no new deaths but hospitalisations have gone up by two hundred, going from 8 to 218, of which 22 arein intensive care.