Theo Hernandez comes off well against Liverpool, Bayern and Dortmund stars in battle of metrics

AC Milan full-back Theo Hernandez continues to draw praise for his exceptional performances since joining the Rossoneri back in summer 2019.

Some have even labelled him the best left-back in Europe right now, and @ViziFootball recently put the Frenchman up against Achraf Hakimi (now at Inter), Sergio Reguilon (on loan at Spurs from Real) and Ferland Mendy, showing that he is more complete than all of them.

Starting with Guerreiro, we see that the Dortmund speedster is better in terms of committing less fouls, making more interceptions, passes in the final third, pass completions, expected assists and assists. 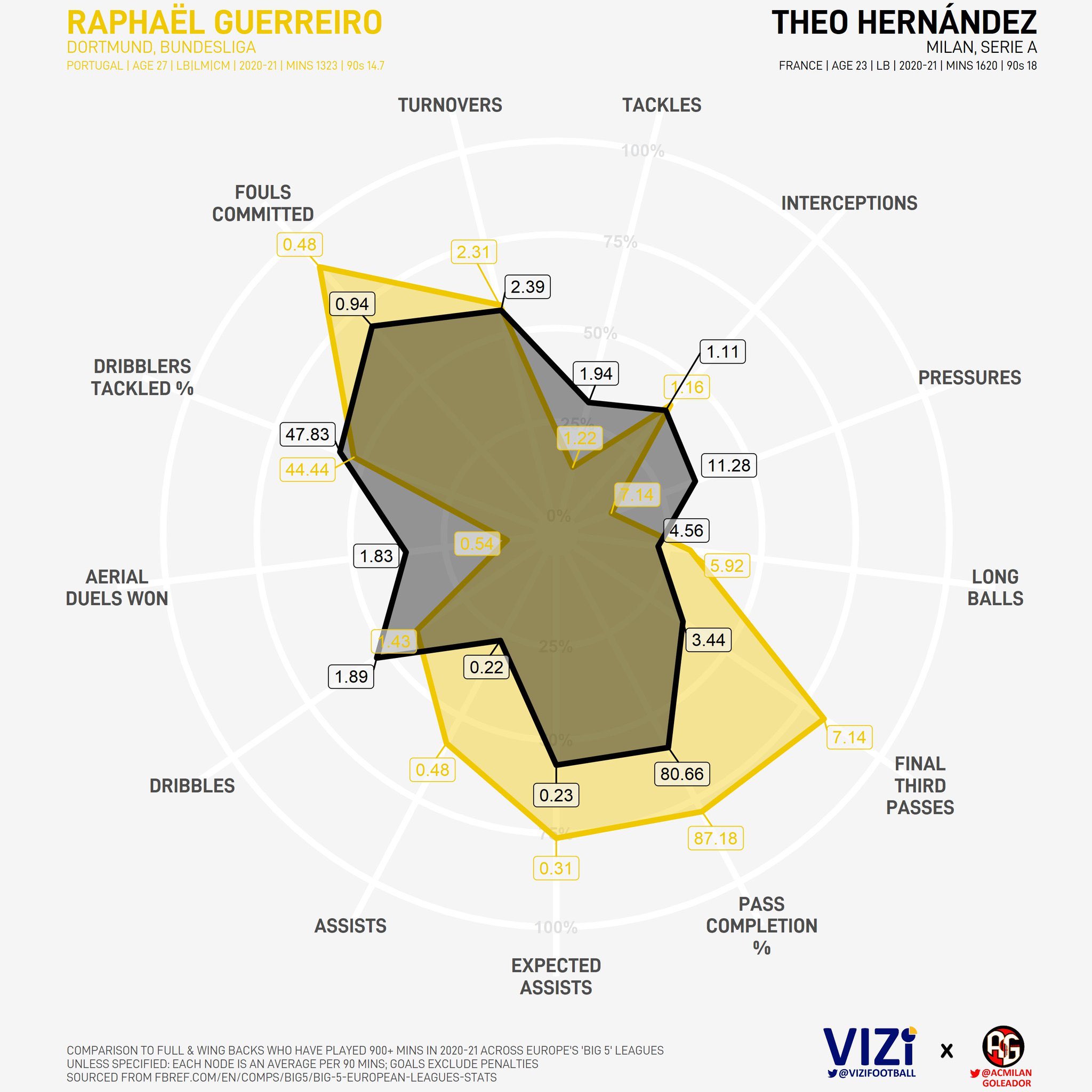 Moving on to Angelino, the former Manchester City man also commits less fouls and turnovers, completes more interceptions and long balls, but Theo emerges on top in the other nine areas. 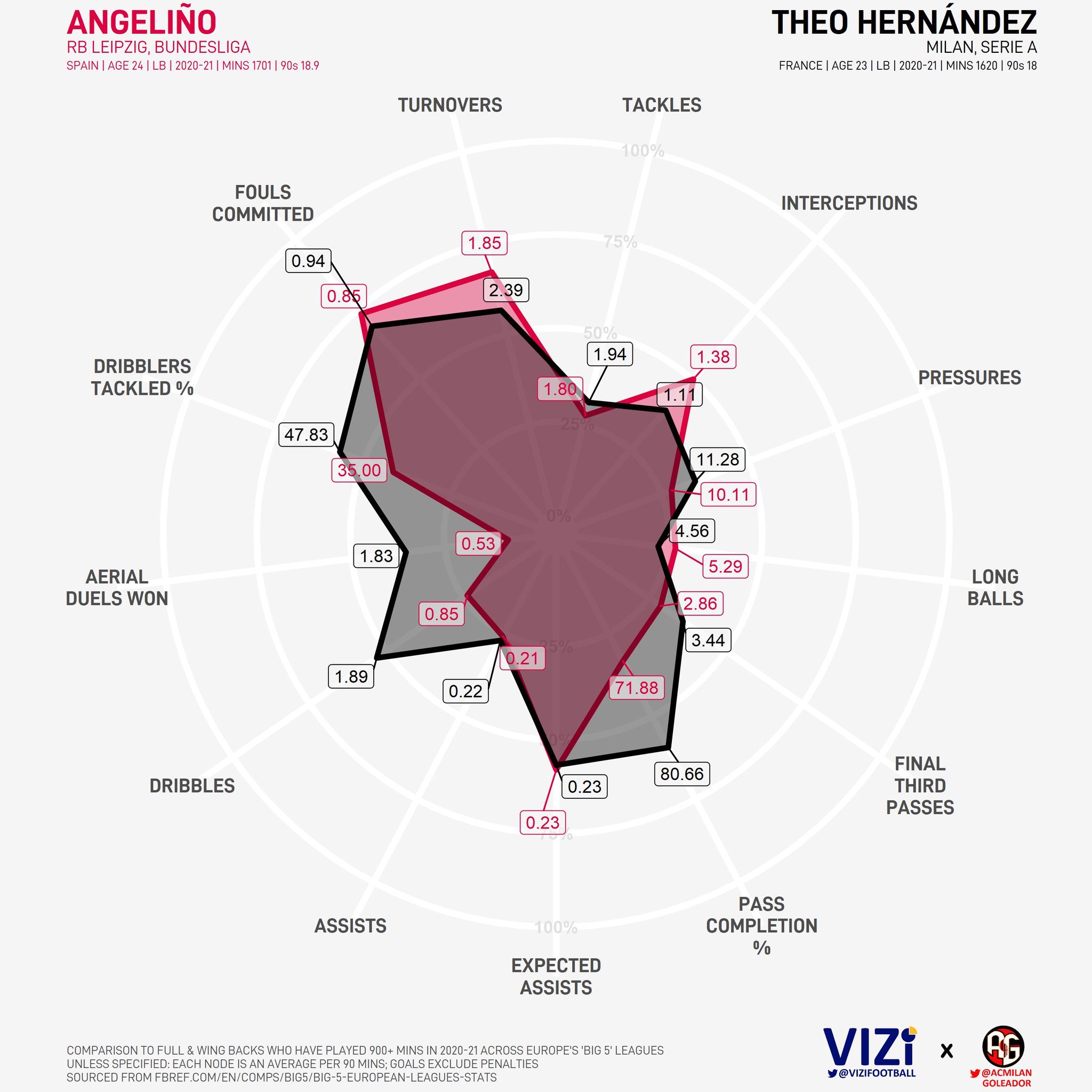 Moving on to Robertson, and Hernandez emerges on top in nine of the 13 metrics again, with the Scotland international better in terms of committing less fouls and turnovers plus completing more long balls and final third passes. 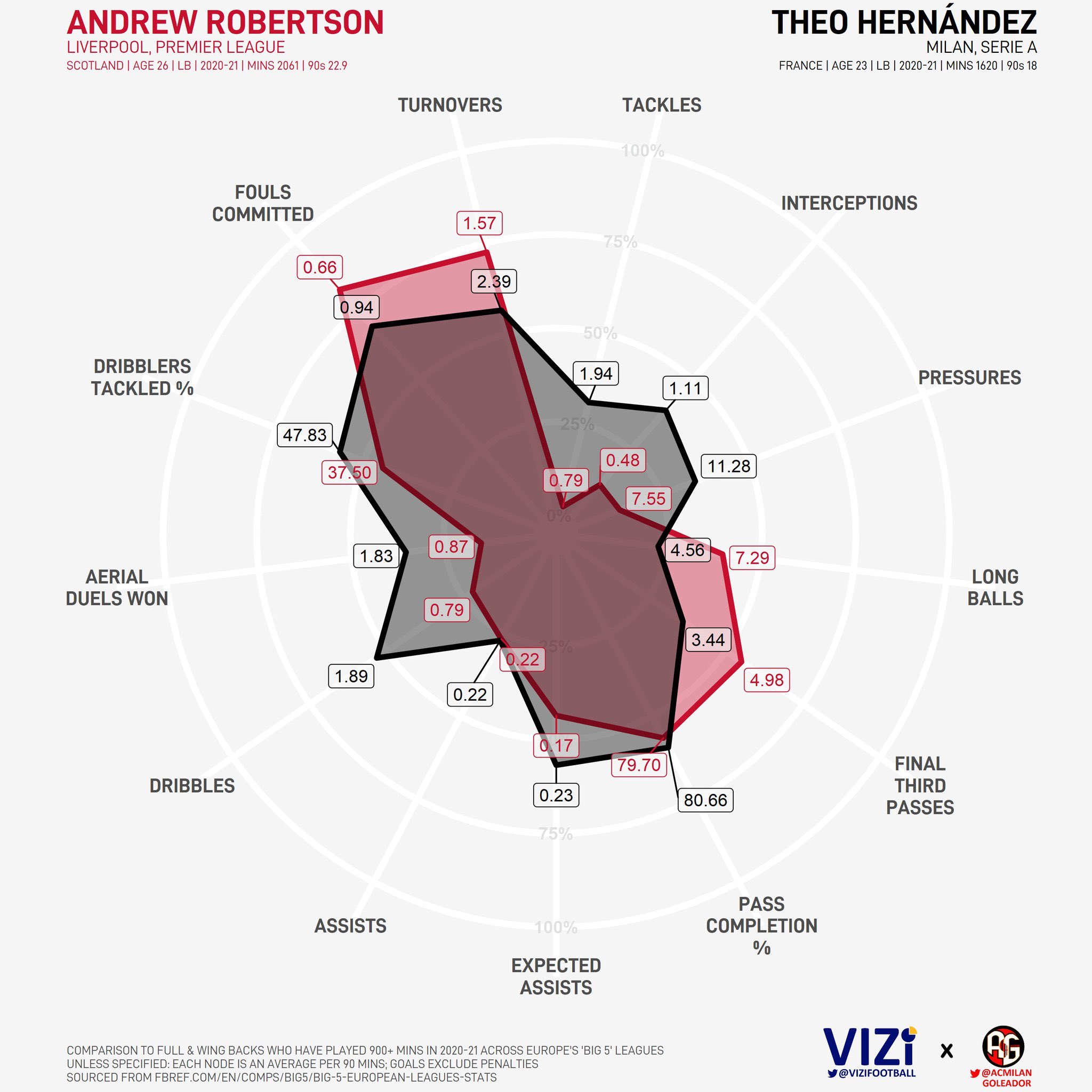 Finally we end with Davies of Bayern, regarded as one of the brightest young full-back prospects. The Canadian is better when it comes to fouls committed, tackles, interceptions, final third passes, pass completion percentage, dribbles and dribblers tackled. 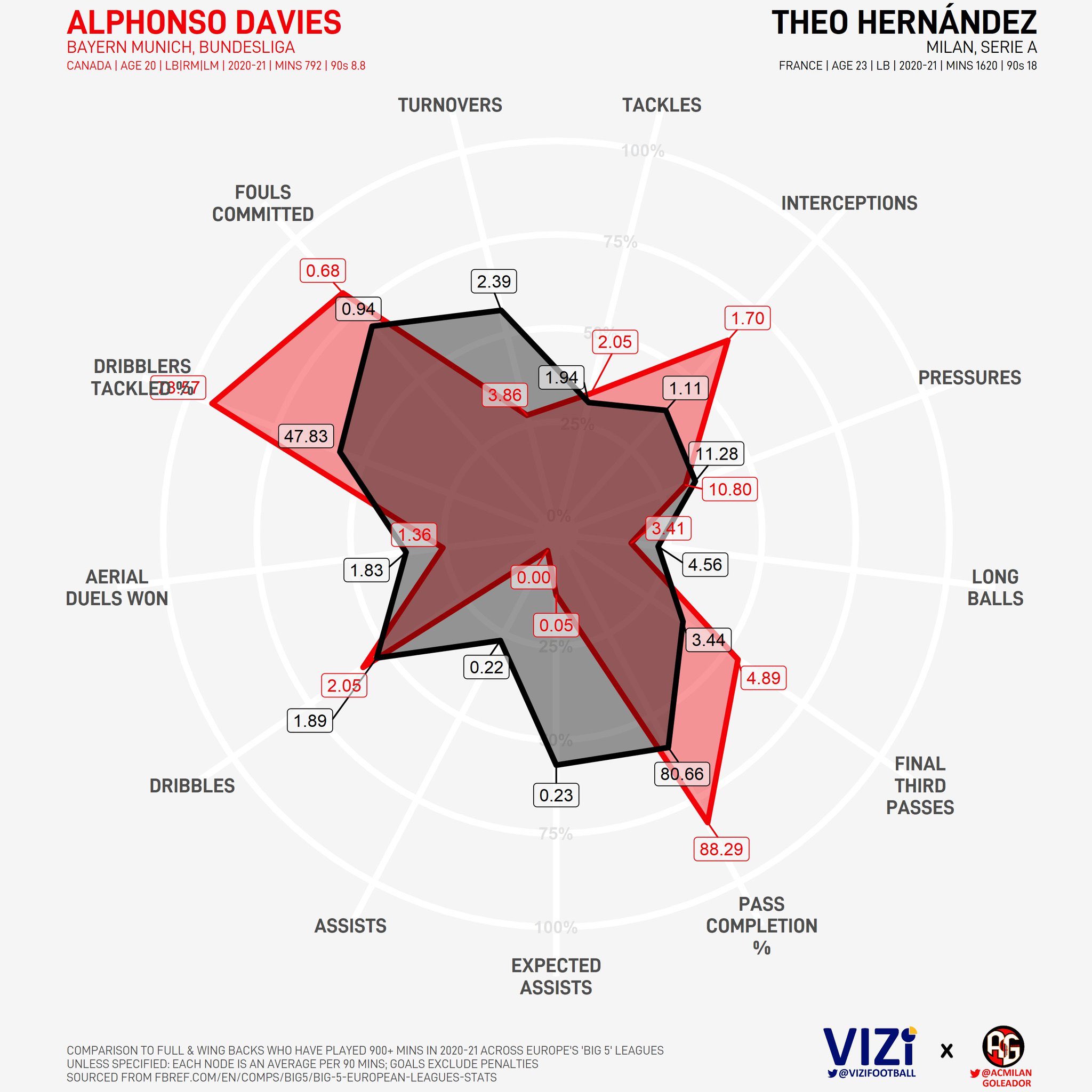