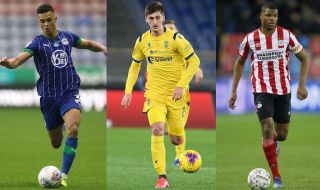 AC Milan’s defensive department looks like being one of the most intriguing areas for the management to try and fine tune in the summer window.

There are questions marks over a number of players at centre-back, right-back and left-back as well as some needs that simply must be addressed prior to the 2020-21 campaign – and ideally sooner rather than later.

Here, Oli Fisher takes a look at the current state of play and makes some recommendations…

Starting with the heart of the defence, there are three players who should instantly be deemed immovable: Alessio Romagnoli, Simon Kjaer and Matteo Gabbia. The first two need no explanation, and Gabbia should be kept around as he performed encouragingly when called upon this season, especially towards the end.

A full season in the senior side rotating with Romagnoli and/or Kjaer and learning from both would do Gabbia’s development the world of good. Only a dry loan to a Serie A side that players the right way (like a Sassuolo-type side, not Genoa) should even be remotely considered.

That leaves Leo Duarte and Mateo Musacchio. Both have had injury-riddled seasons and failed to impress much when called upon, but given the latter is 29 and therefore supposed to be in his prime, selling him for a fee of around €10m – most probably back to Spain – sounds like the best solution.

A loan shouldn’t be out of the question for Duarte. He needs to get regular minutes back into his legs, otherwise he should remain as a fifth choice.

In terms of reinforcements, there are two or three targets that regularly do the rounds. Nikola Milenkovic continues to be linked, but if Fiorentina are really demanding €45m or more then the Rossoneri should stay well clear no matter how much Pioli wants him.

There are two more cost-effective options that actually make more sense on a technical level too. Marash Kumbulla of Hellas Verona is apparently available for €20-25m, and after a fantastic season with the Gialloblu it is no surprise to see him linked with Inter and Lazio.

The 20-year-old is much more likely to accept a rotation role if he were to arrive, and like Gabbia he could learn from the Romagnoli-Kjaer pairing to become one of the best in the league in future.

A player with similar potential and with a similar price tag is Wesley Fofana of Saint-Etienne. The Frenchman has been regularly linked with Milan and would also be a better, more economic option than Milenkovic, though we give the nod to Kumbulla purely for his Serie A experience.

This is a tough area to try and fix, because both Davide Calabria and Andrea Conti failed to impress for large stretches of the 2019-20 season.

Reports have suggested the former is more likely to depart than the latter due to the fact his sale would generate pure capital gains. Keeping the better player should always be the priority unless the economics are overwhelming, and in this case the most likely scenario is Conti being a lot harder to sell than Calabria.

For the Primavera graduate Milan should be trying to get €10-15m, because he is 23 and has shown over the past couple of seasons that he can succeed as part of a solid back four.

It should also be noted that Pierre Kalulu has arrived on a free transfer but is expected to begin his Milan career with the Primavera.

This is arguably the only area where a new starter is absolutely needed, and at the moment there appears to be three choices: Serge Aurier of Spurs, Emerson Royal of Barcelona or Denzel Dumfries of PSV.

Reports have suggested Spurs want north of €22m for Aurier, which is a fee that should not be even considered given his age and his inconsistency, regardless of the potential of reuniting him with Ibrahimovic after they played together at PSG. Salary is also an issue.

The €30m Barcelona are seemingly demanding for Emerson also makes him a hard pass. With Real Betis involved (the Brazilian is technically on loan there until 2021), the negotiation is too complicated with the various loan cancellation and resale fees that Milan would foot the bill for.

That means that – at a reported €18m – PSV captain Dumfries is the ideal option. That’s not just by process of elimination, either; the 24-year-old is a lung-busting full-back who contributes at both ends, is a physical unit and can shore up the right side will a set of characteristics that Conti and Calabria cannot touch.

There will be a period of adaptation of course, but Dumfries is a full-back that knows his responsibilities, as evidenced by the fact he wears the armband.

If an offer were to come in for Conti of over €10m it should be accepted too, and that money could go on a back-up that could come cheap like Paolo Ghiglione of Genoa, who has been a bright spot in a terrible season.

It goes without saying that Theo Hernandez will remain and will be untouchable in the starting XI, but the futures of both Diego Laxalt and Ricardo Rodriguez is far from certain.

Both are internationals for their respective countries and both are in their prime. The duo could do a job for plenty of other sides and it would be tough to swallow if Paolo Maldini and the management didn’t manage to get at least €15m combined for the pair.

It cannot be 100% excluded that one isn’t sold and therefore remains as a back-up, but it seems like both want to leave and the hunt for a deputy left-back is on.

The absolute stand-out to become Theo’s new back-up is Wigan’s Antonee Robinson. Although rumours have suggested he is close to joining Sheffield United, his most recent comments suggest nothing is sorted.

The USA international has a £1.5m (roughly €1.7m) release clause and previously accepted a move to Milan, so this is one that should be reignited without a doubt.

So to conclude, Milan would be selling four players for a combined sum of around €35m, and would secure big upgrades in each position by spending just less than €45m.

That, based on the idea of naming eight defenders in a matchday squad, would leave the following…

Do you agree with the assessment? Let us know in the comments!