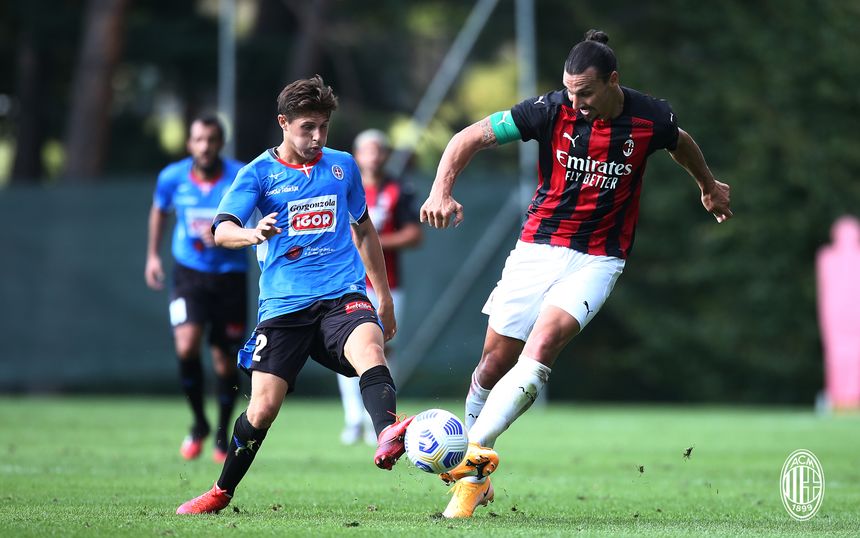 AC Milan won their first game of the 2020-21 preseason campaign, but they certainly didn’t have it all their own way.

The Rossoneri in fact found themselves trailing 2-0 to Serie C side Novara inside 15 minutes at Milanello in what was a game consisting of three 20-minute periods.

However, they roared back in the second period and carried that on into the third, scoring four times in 30 minutes to run out 4-2 winners.

Nonetheless, here’s what we did see…

Lucas Paqueta has drawn his fair share of criticism over the past few months as he was one of the only Milan players who didn’t have a surge in form post-lockdown.

There have been rumours that his future is away from the club, but he put that to one side on Wednesday evening, scoring twice to lead the comeback.

The first goal was one where you see Paqueta’s strengths perfectly; his intelligence, his bulldog mentality which makes him so hard to dispossess at times and his technical ability. It was a wonderful bit of link-up play involving Ibrahimovic too.

He then scored a second in perhaps a less conventional way, firing home first time from Diego Laxalt’s cross, though some of you may remember Paqueta’s first goal for the club was in fact a volley at the far post.

There is a lot still to do, but there are at least shoots of recovery. One bright performance against a third-division side in such an unconventional preseason game does not change the general consensus.

Many people don’t seem to know what to expect of Pierre Kalulu, who joined earlier in the summer on a free transfer from Lyon. Some believe he could very soon be knocking on the door for a first team place, even if the plan is to use him in the Primavera for now.

One thing is for sure though: he did not look out of place in this game. The Frenchman put in a very solid shift for 40 minutes, showing his pace and physicality but also his composure and technical ability on the ball.

It was very encouraging to see how bright he was down that right side, and a few more performances like that will give Pioli at least something to think about.

Although the main headline from the game was Zlatan Ibrahimovic getting a start up front, it was his compatriot Emil Roback who perhaps got fans on the edge of their seat the most.

Ibrahimovic looked a little bit rusty in truth although his fitness looked spot on as per usual, whereas Roback – an 18-year-old who joined from Hammarby last month – showed his speed and technical ability in abdundance.

He played a key role in the second goal and should have got himself on the scoresheet too, though his goal to make it 4-2 was flagged for offside in the build-up.

Ibrahimovic labelled him ‘the future’ on Tuesday, and Milan supporters will be hoping there is plenty more to come from the teenager.