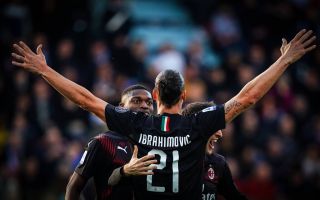 With just two days left until Cagliari-Milan, it’s time to take a look at some of the good memories from this fixture, from a Rossonero perspective of course. The last clash at Sardegna Arena, in fact, offered something special.

It was Zlatan Ibrahimovic’s first start for the Rossoneri since his comeback, having made an appearance off the bench in the 0-0 game against Sampdoria. And he did what he does best: scoring goals.

After Rafael Leao gave Milan the lead early in the second half, Ibrahimovic secured the three points as Theo Hernandez picked him out in the box. Take a look at the highlights of the game below.