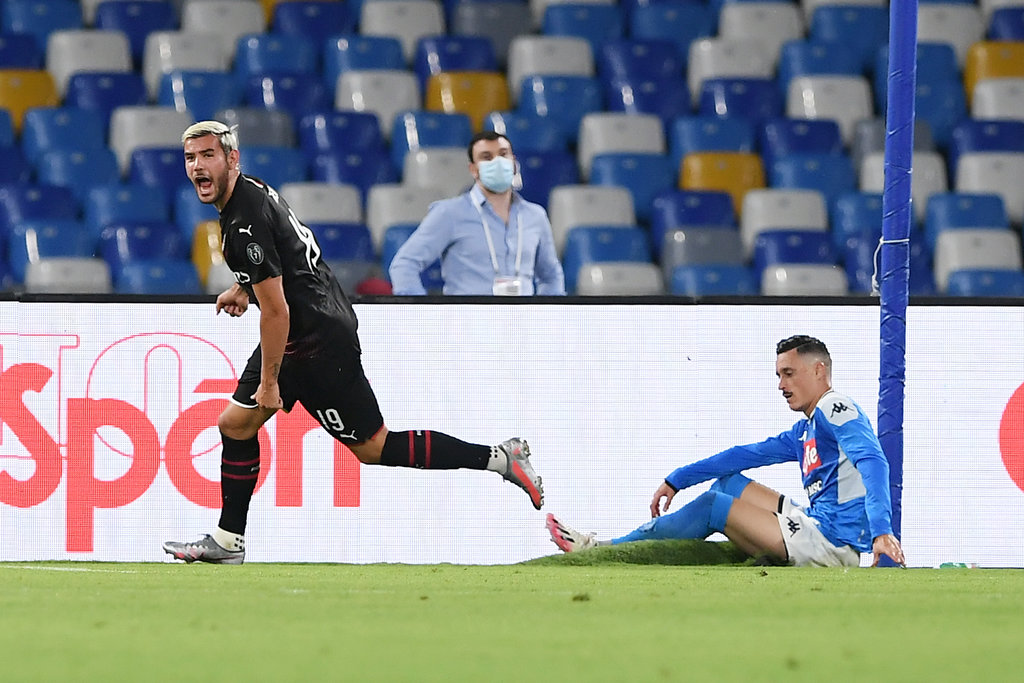 Throwback: Milan held to draw by Napoli as Hernandez and Kessie score – video

On the eve of Napoli-Milan, it’s time to take a look at some of the earlier fixtures between the two sides. The two squared off at San Paolo this summer but in 90 minutes, a winner couldn’t be decided.

The Rossoneri opened the scoring through Theo Hernandez’s volley finish, who was picked out by Ante Rebic with a wonderful cross. The duo will, hopefully, link up again for tomorrow’s clash.

Giovanni Di Lorenzo and Dries Mertens turned the game around before Jack Bonaventura was awarded a penalty. Franck Kessie stepped up and made no mistakes. Take a look at the highlights of the draw below.