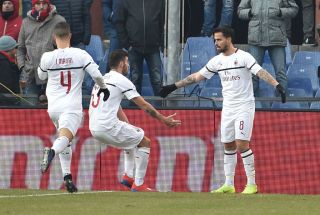 As Milan will face Genoa away from home this evening, it’s time to take a look at some of the good moments that the Rossoneri have enjoyed on the turf of the Rossoblu. Last season, Suso got on the scoresheet in this fixture.

The Spanish winger has failed to find the back of the net thus far this season, though as Gazzetta Dello Sport highlights (via MilanNews.it), his last goal away from home came against Genoa in the 0-2 win last season.

Cutrone, who has since been sold to Wolves, managed to find Suso on the counter-attack with a lovely ball, which the former Genoa man took into his stride before finishing the job with his right foot.