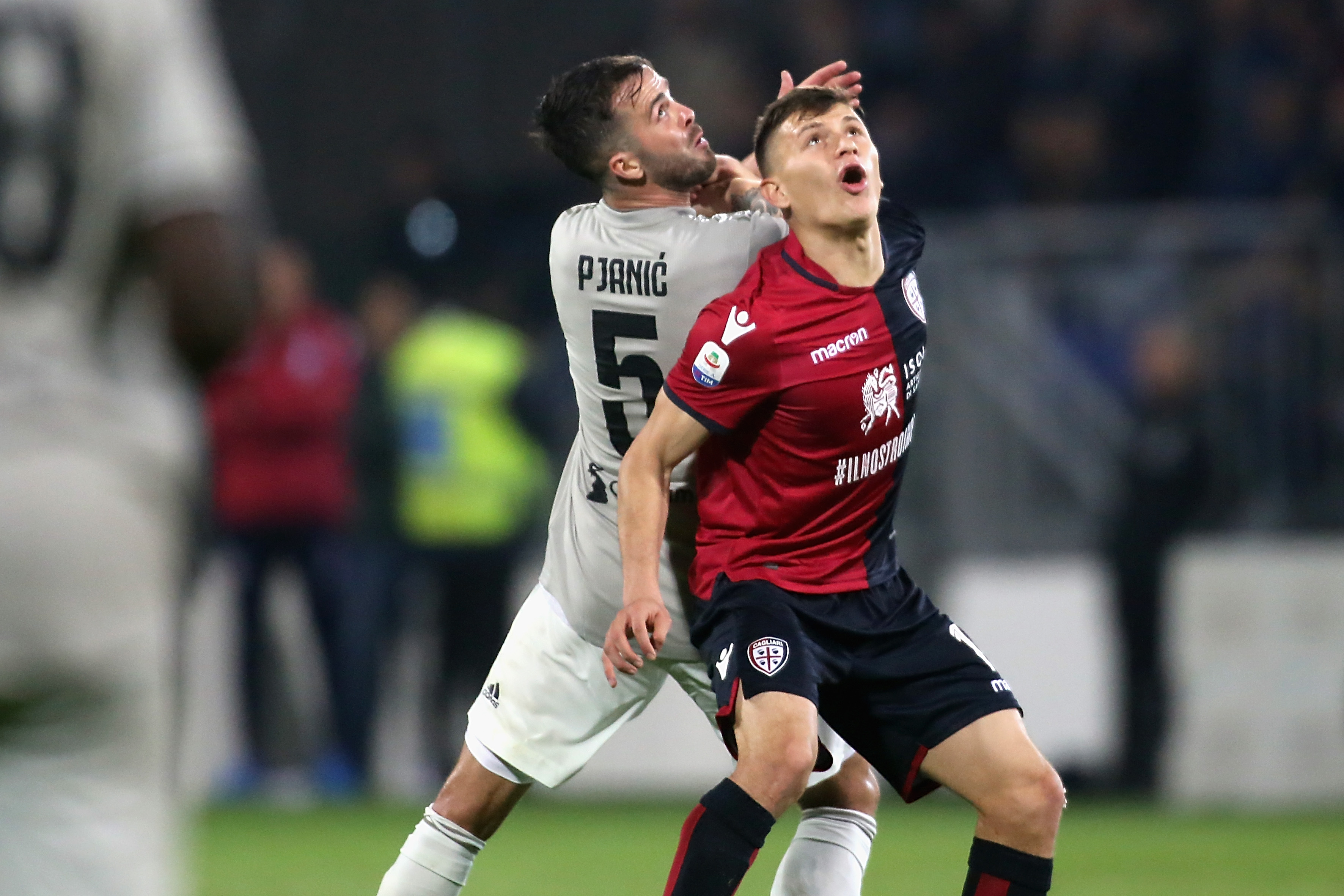 The 22-year-old – linked with a move to San Siro previously – is believed to be attracting interest from the Premier League, as well as the Rossoneri’s rivals Inter and Juve.

According to Tuttomercatoweb, Milan watched the fixture at the Sardegna Arena in midweek to get a ‘detailed report’ on the young midfielder.

However, Milan’s scout was not alone in the stands on Tuesday, as Arsenal also sent a representative to scout Barella – the report states.

Apparently, a potential swoop for Barella – who Cagliari value at €50million – could depend on the sale of Franck Kessie this summer.

The Ivory Coast international continues to be linked with a switch to England this summer, amid reported interest from Arsenal and Spurs.