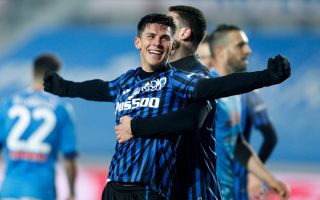 TMW: Atalanta could sell midfielder for capital gain – Milan may be the only realistic destination

AC Milan may represent the only realistic destination for Atalanta if they are to consider selling midfielder Matteo Pessina, a report claims.

Back in 2017, Milan bought Andrea Conti from Atalanta and sent Pessina the other way in a deal totalling €27m, €3m of which was represented by the midfielder and the other €24m in cash.

TMW reports that two months ago Pessina probably wondered if staying in Bergamo was the right choice, given that he had an excellent season out on loan at Hellas Verona in 2019-20 and they were ready to bring him back for another year.

However, the report adds how in recent months Milan conducted a survey to understand whether to bring him back to base after over three years. The problem for Atalanta is that Rossoneri are probably the only real possible destination for Pessina due to the fact Milan have a 50% resale clause. Essentially, in the event of a sale, half will go to the Diavolo.

The 23-year-old still holds a place in the tactical chessboard of Gian Piero Gasperini, but not as an out-and-out starter, and there ‘is no doubt’ that Pessina could be the next capital gain, Milan permitting.