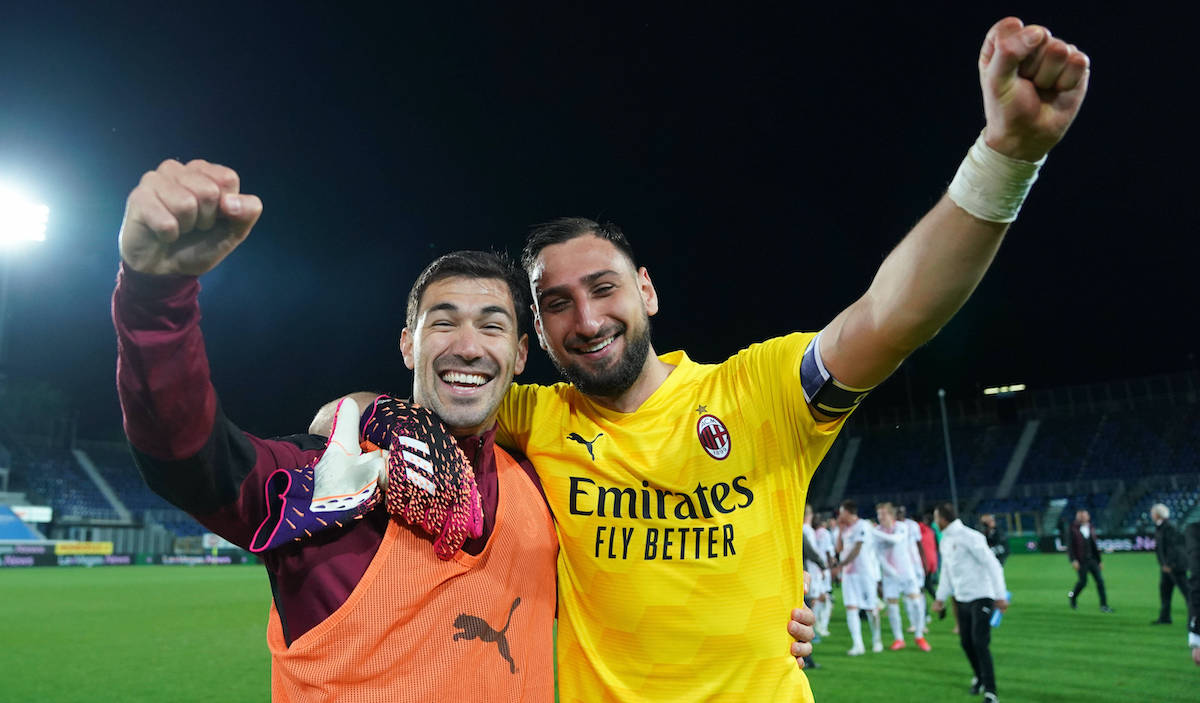 Gianluigi Donnarumma’s future at AC Milan is far from certain despite the fact the Rossoneri have now achieved a top four finish.

As TMW writes, the Milan management will now have to resolve the situation related to the renewal of Donnarumma, and their offer by this point is well known: €7m net per season plus €1m in bonuses. The time has come for Donnarumma to make a decision, with Paolo Maldini and co. not interested in raising the offer.

This week there will be a meeting between the management and Mino Raiola which should serve to clarify the position of the 22-year-old, who wants to go to the European Championships with a clear idea about his future.

Despite qualification for the next Champions League, his renewal is far from obvious but Milan are still well prepared regardless, as Lille star Mike Maignan would arrive to replace him having just won Ligue 1 with Les Dogues.

READ MORE: The pot AC Milan will be in for the Champions League draw and who they could face