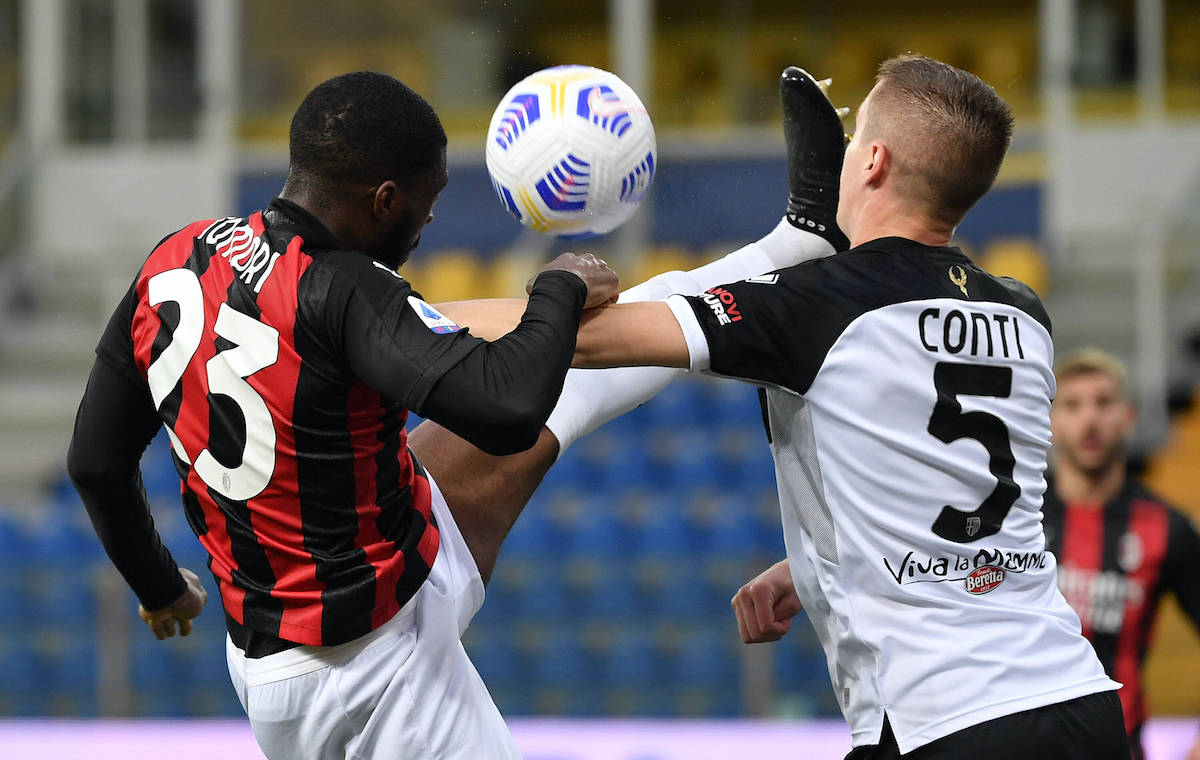 TMW: Fresh dilemma faces management as full-back is set to return to Milan after loan

AC Milan will once again have to work out what to do with full-back Andrea Conti as a return to the club seems imminent, a report claims.

In the January transfer window, Andrea Conti left Milan for Parma after failing to get consistent playing time. An option to buy was included in the loan, which would become an obligation if they achieved Serie A survival, with the Rossoneri hoping to sell him permanently.

However, there was always the risk that the right-back could return to Milan at the end of the season as Parma are closing in on relegation, and according to TMW Conti will return to Milanello from Parma as the Gialloblu are all set for Serie B in 2021-22.

The Crociati could be officially relegated in the next round of fixtures and because the loan would then not be an obligation, they can send him back. The 27-year-old has played 13 games for Parma since his move in January but is clearly not seen as worthy of the investment.

With Davide Calabria and Pierre Kalulu already in the squad, Milan would have to find a new club for Conti yet again, which isn’t easy.