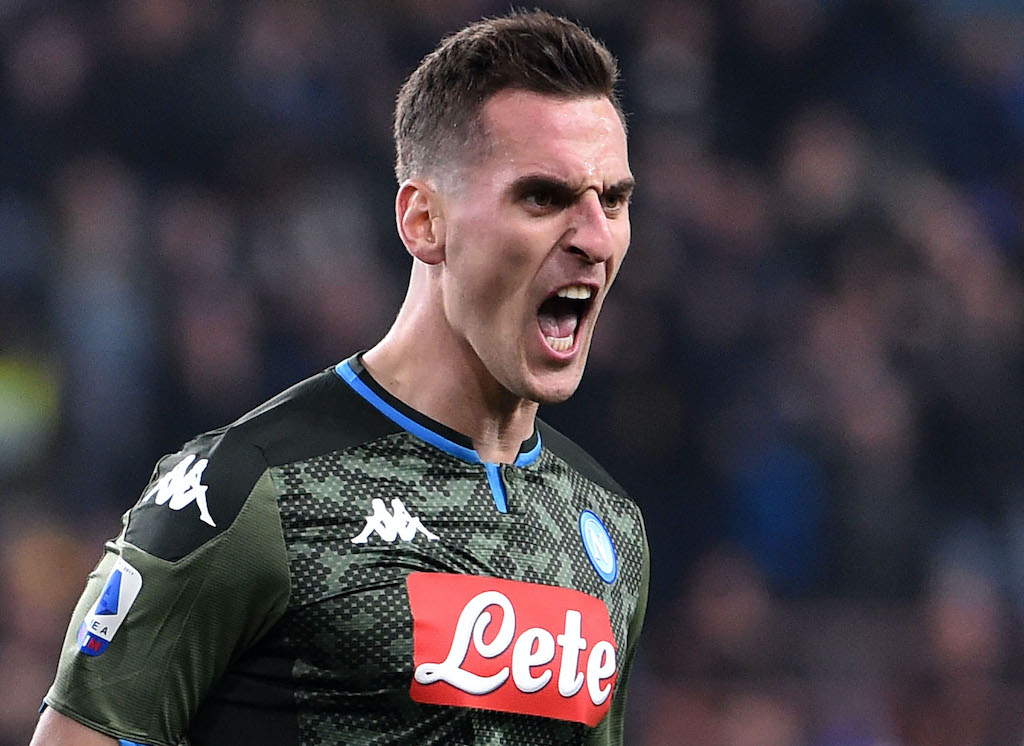 AC Milan appear to still be in the running to land want-away Napoli striker Arkadiusz Milik, according to a journalist.

Zlatan Ibrahimovic has missed the last five games due to a thigh problem and could also miss the weekend’s trip to Sassuolo, and while Ante Rebic has worked hard as a stand-in centre-forward he still hasn’t scored a goal this season.

Rafael Leao has just returned to full fitness but is also a natural left winger, while Lorenzo Colombo is just 18 years old and seems raw.

In his latest editorial for TMW, Enzo Bucchioni reports that while technical director Paolo Maldini made it clear that there is no intention of signing a deputy to Ibra, he appears to be keeping one track open.

He adds that intermediaries say that there is always an underlying interest in Arkadiusz Milik from Milan, and the 26-year-old striker is attracted to the idea of joining Milan.

Napoli however are not budging from their request of €20m despite the fact he is on an expiring contract, and there are lots of other suitors with Spurs and Juventus linked by a number of sources such as the Mail.