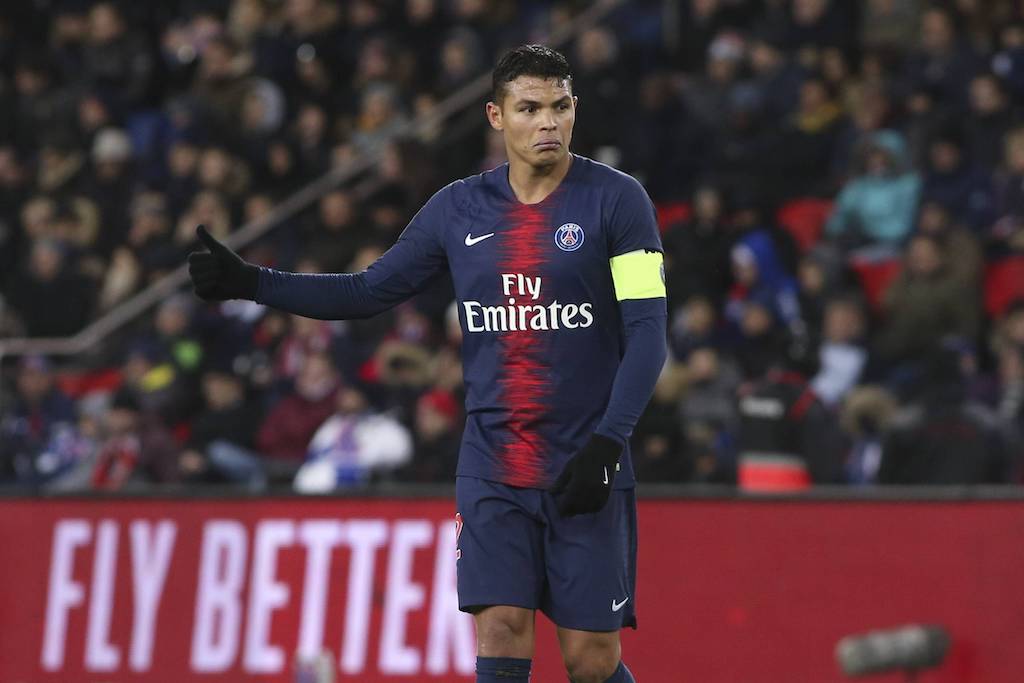 AC Milan and Everton are both waiting at the window as an internal fallout at Paris Saint-Germain threatens to spell the end for Thiago Silva’s time there.

Then it was reported by SportMediaset later that day that the 35-year-old is in fact ‘close’ to securing a return to Milan, with the club’s owners Elliott Management ready to make an exception to their youth project in order to bring in a leader.

According to TMW – who cite discretions from Footmercato – there is an internal conflict at PSG between sporting director Leonardo and head coach Thomas Tuchel on various issues.

One example is Mauro Icardi, with Leonardo trying to sign him from Inter despite the contrary opinion of Tuchel, and it extends to Thiago Silva. Tuchel would like to keep his captain, while Leonardo is probing the market to understand if anything else can be found.

Negotiations for the renewal of the Brazilian have been held and have led to a basis of agreement on a new one-year deal plus the option of an extra year, but the signature has not yet arrived precisely due to the reason listed above.

Everton and Carlo Ancelotti are keen, the report adds, but so are the Rossoneri.