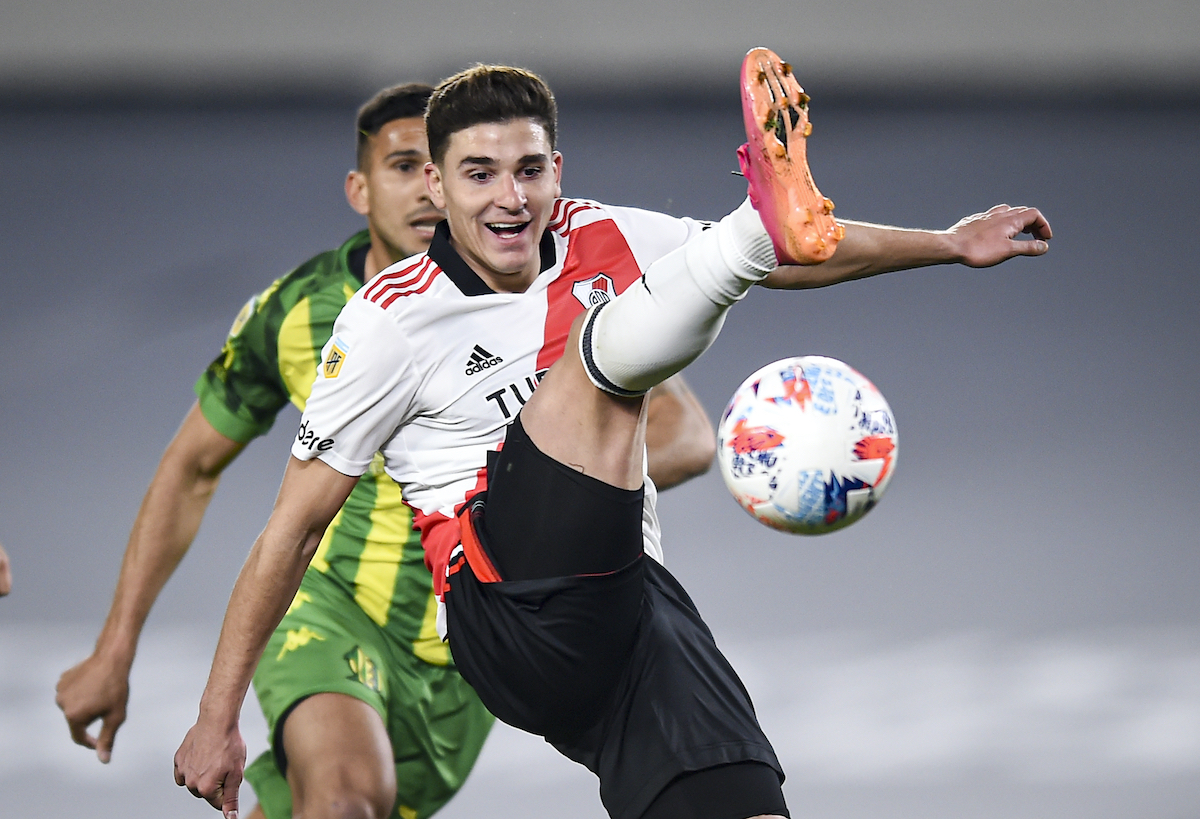 TMW: Milan and Juventus on alert as River Plate star will decide future in mid-December

AC Milan are one of three Serie A clubs who want to sign Julian Alvarez from River Plate, according to a report.

According to TMW, the 21-year-old Argentina international has attracted the attention of at least 10 European clubs and among these are Juventus, Milan and Fiorentina. It is worth noting that the Argentine league season will finish in mid-December, when Alvarez will have just one year left on his deal.

That is when agent will meet Los Milionarios to take stock of the situation and decide his future, with a €20m release clause built into the contract of the striker at present.

Alvarez has truly exploded this season with 15 goals and 6 assists in 16 league games in the current campaign, including 4 in his most recent game and 10 in his last 6 appearances. He scored a match-winning brace against Boca Juniors in the Superclasico and a hat-trick against San Lorenzo when Milan had a scout present.