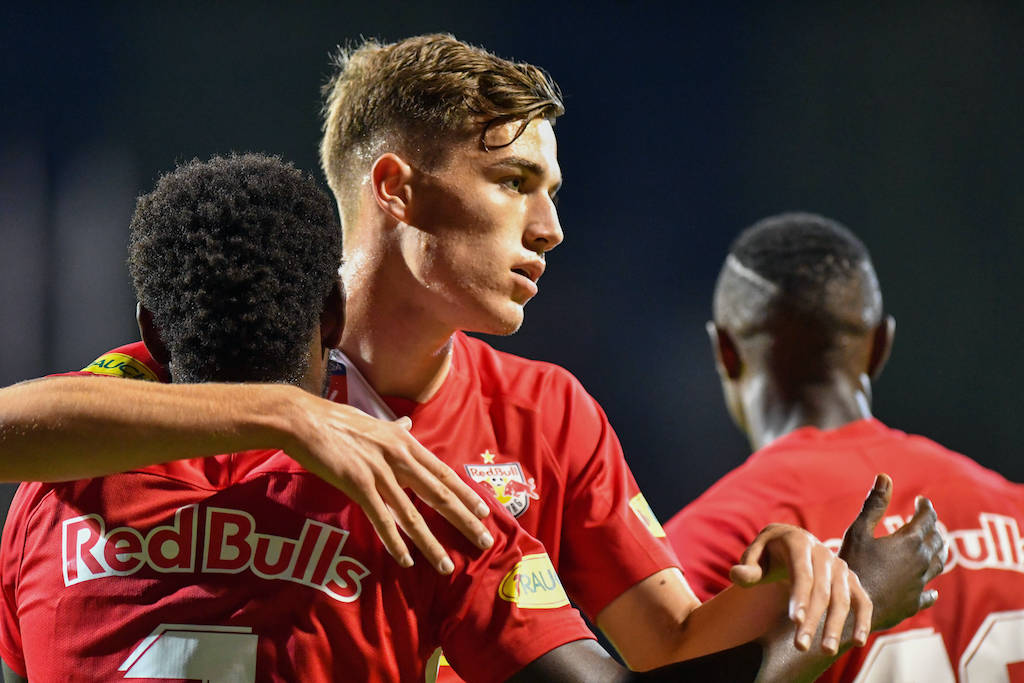 TMW: Milan have strong interest in RB Salzburg midfield star and hatch plan to sign him

AC Milan are interested in signing Red Bull Salzburg midfielder Luka Sucic in the January transfer window, according to a report.

Goal.com revealed last month that Milan have their eyes on the 18-year-old Sucic, a Croatian talent who spent last season out on loan at Liefering in the second division, and Calciomercato.com followed that up by reporting the Rossoneri management are very keen on the teenager.

The player himself even responded positively on social media to an article mentioning Milan’s interest, and we spoke exclusively to his agent Henrik Runde from Avantgarde about the situation recently.

According to the latest from TMW, Sucic was a target for former Chief Football Officer Zvonimir Boban but has remained among the players scouted even after his departure.

Milan have the intention of signing the 18-year-old in January, sending him back out on loan to Salzburg until next summer, with the aim of beating the competition of other top clubs who have been following the situation for some time.