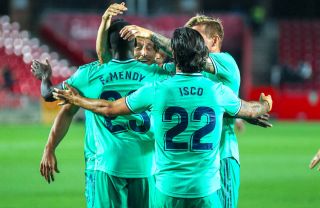 AC Milan want Isco to replace Hakan Calhanoglu and have opened talks with Real Madrid over a deal, according to a report.

Enzo Bucchioni has told TMW that it has been clear from the moment that Calhanoglu decided to leave for Inter that the Rossoneri management wanted to replace him with a player who has both quality and experience, with Isco seen as the perfect profile.

The 29-year-old is set to leave Real after a difficult season, and he can play perfectly as the No.10 in Pioli’s 4-2-3-1 system to bridge the midfield and the attack. According to sources very close to Los Blancos, Milan have presented an offer of €15m which is being evaluated.

Carlo Ancelotti could also give the green light for Isco to leave despite him being one of his pupils in the past, but the obstacle could be the high salary he receives. The player currently earns €7m net per season and could ask for the same if not more, though Maldini and Massara are counting on good relations with Real to close the operation.