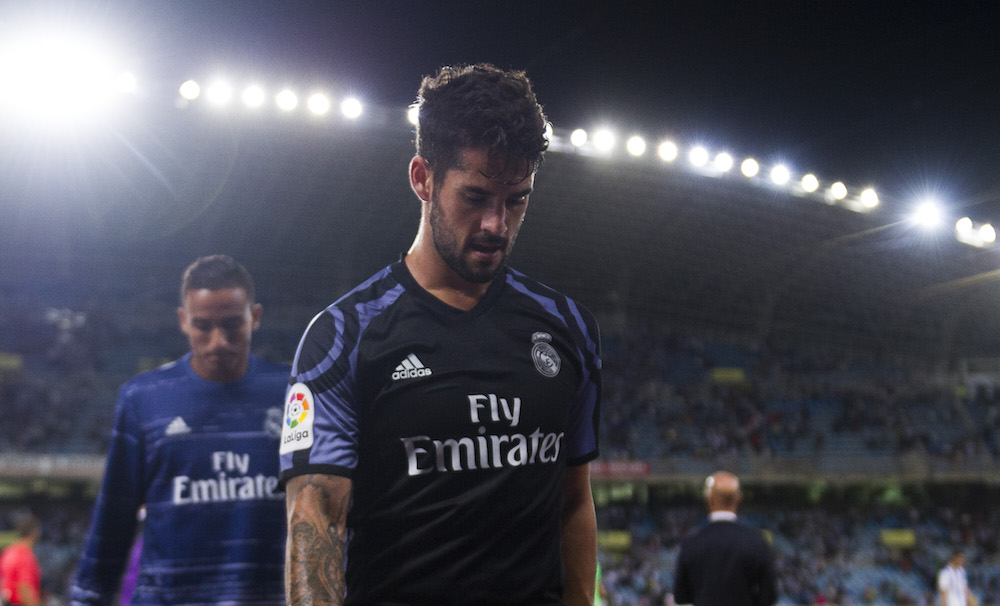 TMW: Milan to discuss €20m trequartista with Real Madrid – he is an alternative to Ilicic

AC Milan will meet Real Madrid on the pitch for tonight’s friendly, but Paolo Maldini is expected to speak with their management too.

As TMW writes, the stage is set for a meeting between the Champions League’s two most successful sides in Klagenfurt. Stefano Pioli’s Milan will face Real Madrid in a friendly which can act as a precursor to the kind of games that Milan will experience upon their return to Europe’s top club competition.

The opportunity will be there for the Rossoneri to speak with the leadership of Los Blancos, which is particularly important given that they are interested in Isco. The Spaniard currently represents an alternative to Josip Ilicic for the role of attacking midfielder, even if the Merengues are asking for €20m in order to sell at the moment.

The player has a contract that will expire next year and is not part of Carlo Ancelotti’s plans, and this could also represent an important factor for the success of the operation.