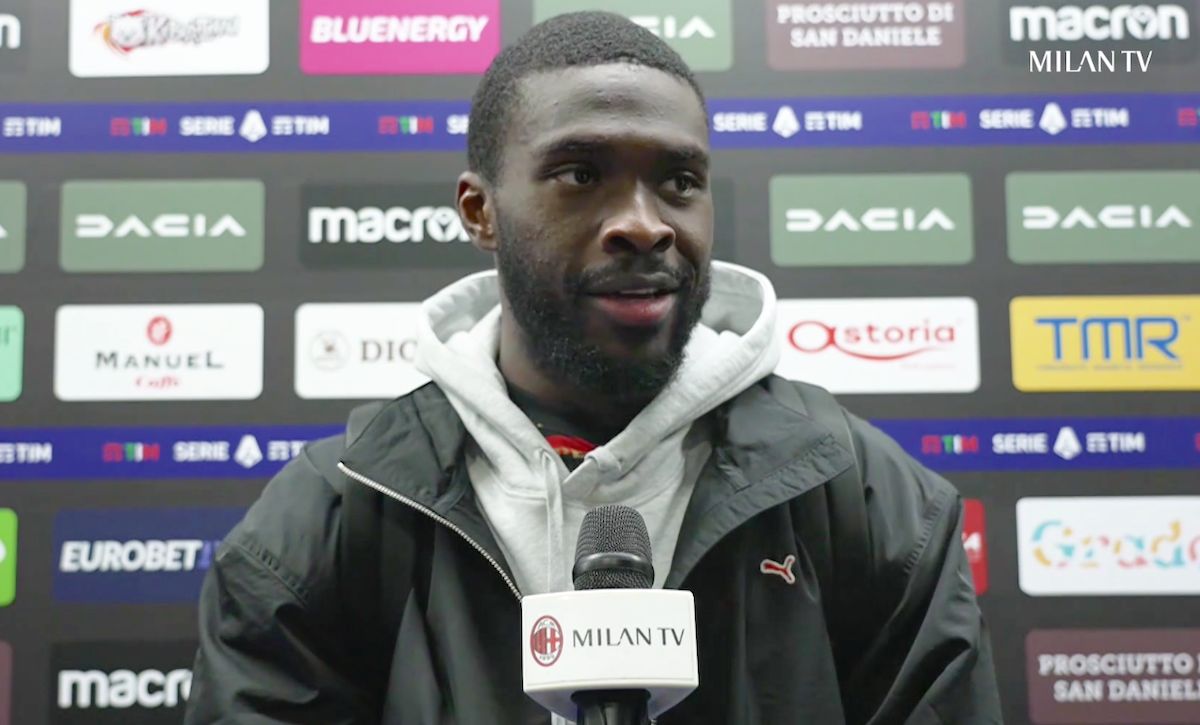 Fikayo Tomori has admitted that AC Milan made the game complicated during the draw against Udinese but perhaps still ‘could have won’.

Udinese took the lead in the first half when the in-form striker Beto finished at the second attempt having been put through on goal, but in the second minute of added time at the end of the 90 Zlatan Ibrahimovic bailed Pioli’s men out with an acrobatic finish from six yards out.

Tomori commented on the draw with Udinese after the game during an interview with Milan TV, and MilanNews relayed his comments.

“It was a difficult match, I think we have complicated it alone and in the end we have to settle for a point. I think we could have won, we have had many half chances but not many clear scoring,” he said.

“It’s a bit of a strange moment and what we were able to do at the beginning of the season is not succeeding. We have to work, keep playing and we have to take this point.”

“We all know that it was not our best match, in a match in which we had to play well and win. It is part of our growth process and we must continue to play well, try to raise the bar, improve in every department and in every phase of the game. If we do it, we will improve.

“Throughout the game we knew we could score. What we regret is that we managed too late. If we had scored 5-10 minutes earlier we would have got another one because as I said, we had chances.

“We went into the box without shooting and creating the right opportunity. It was difficult, but as I said we have to settle for one point, but we wanted three. We didn’t lose, let’s look on the bright side.”