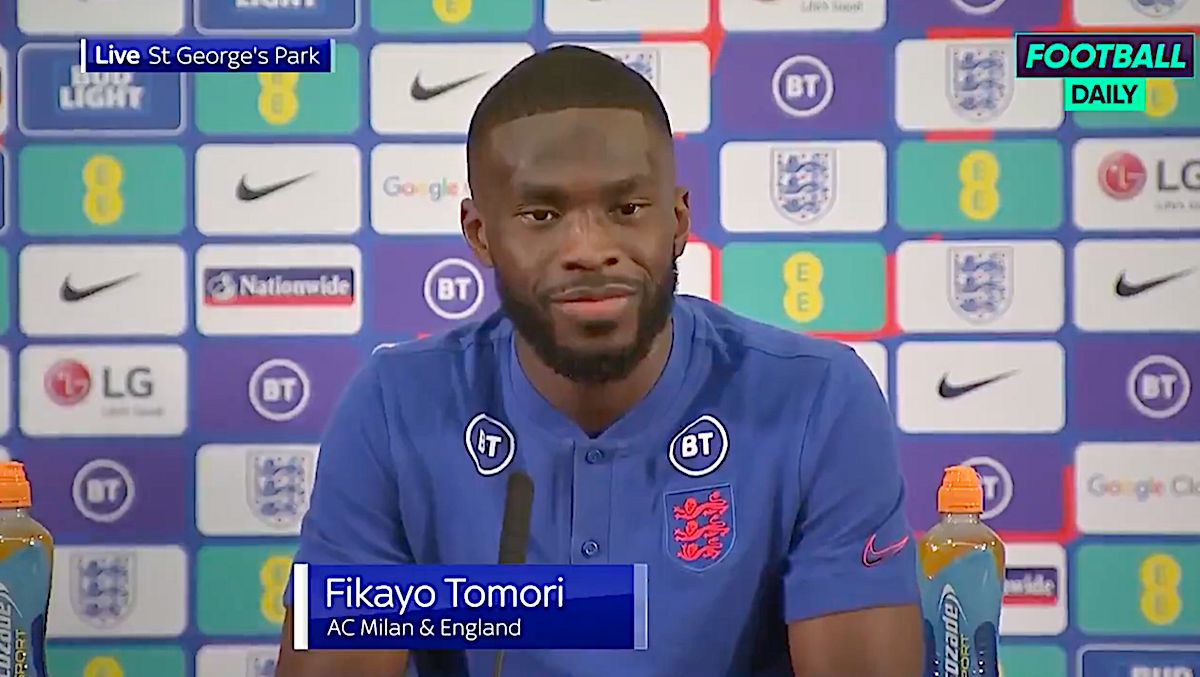 AC Milan centre-back Fikayo Tomori has revealed that he want to impress the ‘legend’ Paolo Maldini and spoke about being ‘really happy’ at the club.

Tomori arrived on an initial loan from Chelsea but impressed so much that paying the option to buy became obvious for the Rossoneri management, and since arriving on a permanent basis he has certainly continued his fantastic form.

This has culminated in a call-up for the English national team for the first time since 2019, with Gareth Southgate happy to welcome the defender back into the fold following his brave decision to move abroad, test his credentials and get back into top form.

Tomori spoke to reporters at a press conference today ahead of the Three Lions’ upcoming World Cup qualifiers against Andorra and Hungary, reflecting on leaving Chelsea and why he feels it was the right move.

“It was a difficult time [at Chelsea], every footballer wants to play and I got the opportunity to do that at Milan. When it came, at such a big club, I was so happy and so excited,” he said.

“I’m really happy that it’s gone so well so far, we’ve started the new season well. The club showed a lot of faith in me, a lot of confidence and I’m really happy. I’m really comfortable there, I feel really settled and it’s led me to be here so it’s all going really well.”

Tomori was also asked about the impact Paolo Maldini has had on his development, revealing that he not only helped convince him to join but he has also given valuable advice.

“As I’ve said before, when he was speaking to me I was like: ‘Woah, it’s Paolo Maldini’. There is that kind of pressure knowing that he’s watching every game and he’s there at the training ground every day. Me being a defender, I want to impress him, so when I was midway through the end of my loan last season – so about April time – we had a chat and I was speaking about what he thinks about my game, what I need to improve…

“Not just with me but with other full-backs, other defenders, other players in general he’s really engaging. Having a legend like that there, when he says something you’re going to listen, so it’s definitely a nice thing to have him around and he’s been a really big help.”

🗣"I want to impress him and having a legend like that around you're going to listen to him."

Fikayo Tomori feels the pressure of Paolo Maldini watching him and knows the impact he has made on his game pic.twitter.com/eAbQC5iEZx