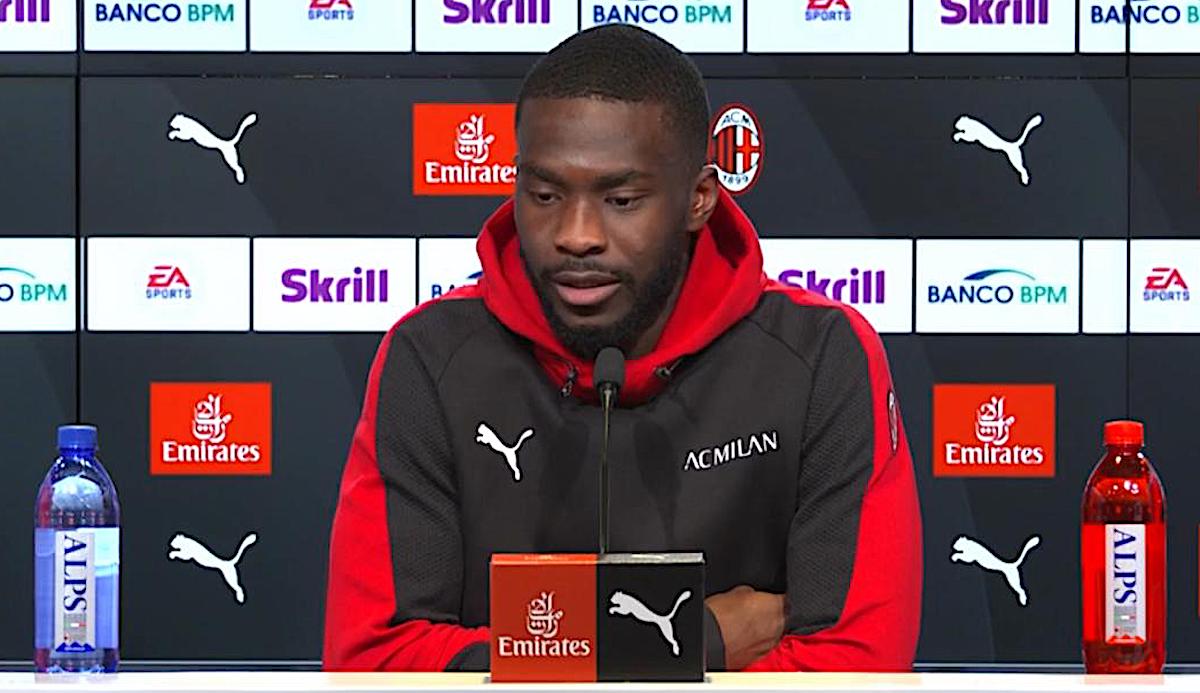 Tomori explains key factors that made him swap Chelsea for Italy: “I’m focused only on Milan”

New signing Fikayo Tomori has revealed that he is fully focused on doing well for AC Milan, who he believes can win the Scudetto this season.

On Friday evening, Milan announced the signing of Tomori on loan with an option to buy from Chelsea. The defender was called up straight away for the Atalanta clash, but understandably didn’t make his debut, though that did come in Tuesday’s Coppa Italia clash against Inter as he replaced the injured Simon Kjaer in the first half.

The 23-year-old centre-back had made just one appearance in the league for Chelsea this season and Milan spotted an opportunity. After some tough negotiations the Rossoneri were able to announce the signing, and we have done an in-depth analysis of the player which you can read here.

Tomori spoke to the media during his unveiling at Milanello this afternoon, with his comments transcribed by MilanNews and translated below.

Thoughts after your first days at Milan?

“I am very happy to be here. We are in a positive moment, I want to give all my contribution. I will give everything on the pitch with great desire and determination.”

In the derby, in addition to you, there were many former Premier League players on the pitch…

“Even in the Premier League, matches are played with great aggression. Derbies are always very intense matches.”

Why did you choose Milan?

“Many great defenders have played at Milan such as Maldini, Nesta and Baresi. I want to be part of the history of Milan, since the first day I have breathed the tradition of this club. I am convinced that I have made the right decision to come here, I want to participate in the successes of Milan.”

What did Maldini tell you to convince you to accept Milan’s offer?

“Maldini was one of the greatest defenders ever. He surprised me when he called me, but I didn’t think long before I said yes.”

Do you believe in the Scudetto?

“I arrived with Milan first in the standings, we must believe in the Scudetto. It would be a great result. We must not be afraid to talk about the Scudetto, we all believe in it.”

What can you tell us about Lampard?

“He was my mentor, I spent a great time with him, I’ve always been with him since I was a child. Now, however, I’m at Milan and I’m focused only on Milan.”

What was it like to change teams and even countries?

“They came here to Italy but despite the language barrier they all helped me a lot to communicate with the coach, it was an easy adaptation. Then I always wanted to have a new experience, being here in Milan and in Italy is the best place to grow as a person and as a player.”

What are the differences between English and Italian football?

“There are differences on a tactical level. In England it is more aggressive and physical, but here I have to pay more attention to tactics. In any case, I am also here to improve. I am ready to listen to all the advice that Maldini, the coach and my team-mates have for me.”

Compared to the past, more English players are leaving the Premier League to go to other leagues…

“It’s a positive thing. Even in England people are beginning to think that there is not only the Premier League. Before, players were not very inclined to go abroad, while it can be important to gain experience abroad.”

How did the first training session go?

“It was a great feeling to train with great players like Ibra and Mandzukic. With them I can learn a lot, I’m also ready to learn from their personality. I want to improve and learn a lot from these great players.”

⚡ So it seems @fikayotomori_ is absolutely rapid.

How do you feel playing in a club like AC Milan which was founded by an Englishman?

“This is a good thing. It is stimulating. I want to give my best for this club. I want to convince the coach to have faith in me.”

“Playing with Romagnoli was great, I hope we can play many games together. I don’t speak Italian yet, so communication is not easy, but we hope to do great things.”

What did Thiago Silva tell you before coming to Milan?

“I spoke with him but also with other players who have played in Italy such as Jorginho, Emerson and Kovacic. Thiago reassured me, he said wonderful things. The others also told me positive things about Serie A and Milan.”

Chelsea fans have not taken your transfer well. What relationship have you created with them?

“I was happy with these expressions of affection, I have always given everything on the pitch. Now at Milan too I want to do well and make my contribution to Milan’s successes.”

Who will Milan be competing with for the Scudetto?

“We want to win the Scudetto, we must not be afraid of anyone. We must think only of us, have a positive attitude and always seek victory. There are many teams that aspire to the Scudetto, but we must focus only on ourselves to achieve great results.”

What is your favourite side in the centre of defense?

“For me, playing center-right or center-left doesn’t change much, I play where it is needed and where the coach tells me.”

READ MORE: Tomori, Tonali and Calabria back in for Bologna clash but several question marks remain