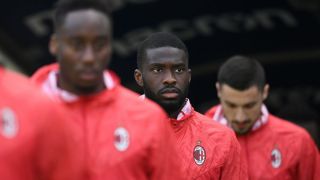 MN: Tomori to miss Fiorentina game with hip problem – the latest on his condition

Some bad news emerged this morning when it was confirmed that Fikayo Tomori will not be making the trip to Florence because of an injury.

The international break allowed the players not called-up by their respective countries to recharge their batteries ahead of what is a very demanding schedule with games coming thick and fast, and the hope was that it would apply to Tomori.

He was not called up by the English coach Gareth Southgate meaning he got some rest. He has started 15 of the 16 games that Milan have played so far this season (12 in the league and 4 in the Champions League), and he even came on against Venezia meaning he has been in every game.

However, MilanNews have confirmed that Tomori has not been called up for tonight’s match against Fiorentina. The English defender has a hip problem that will be evaluated in the coming days.