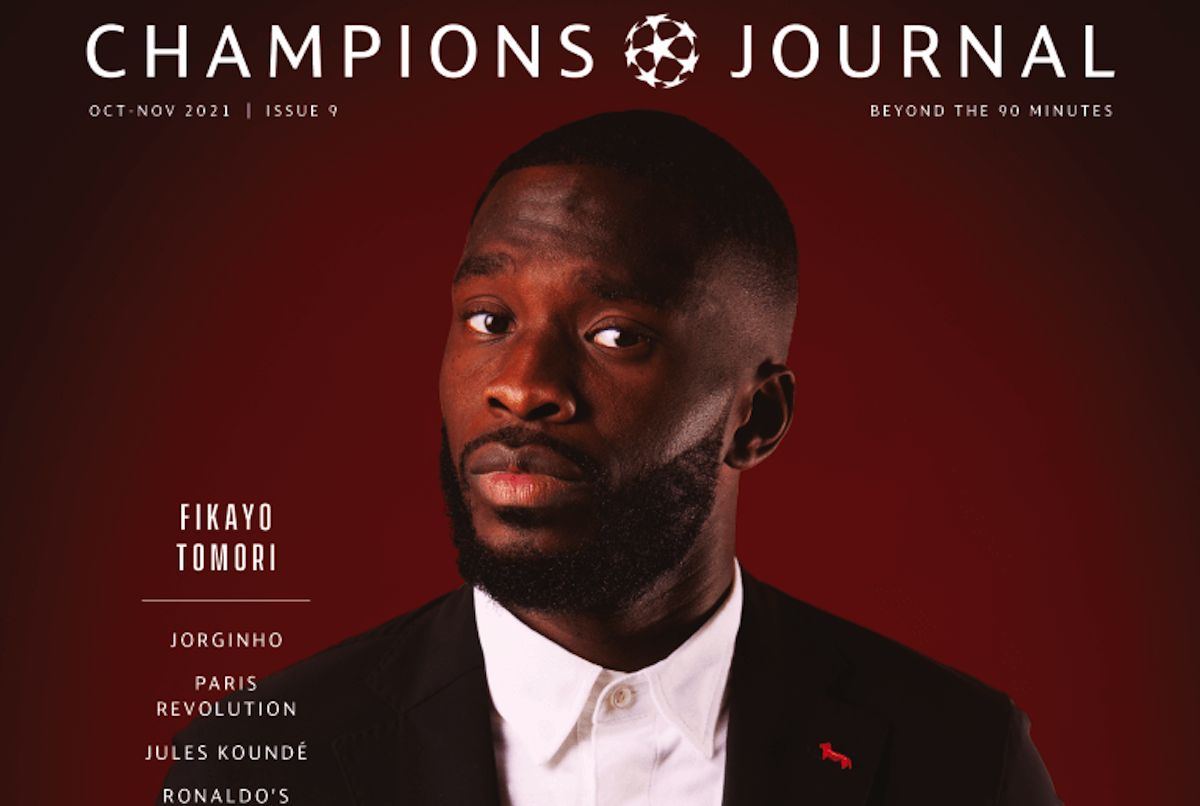 Tomori discusses the ‘shock’ of being at Milan, marking Ibrahimovic and adapting to life in Italy

Fikayo Tomori has revealed that he still has to pinch himself as a reminder that being at AC Milan is reality and not a dream.

Tomori continues to impress in big game after big game for Milan and is so far making his summer price tag look like a bargain, a report claims. In the derby against Inter on Sunday night, Tomori showed played a game with incredible physical and technical quality plus the character of a veteran.

Thanks to his interventions and his attentiveness, the Rossoneri were able to keep Inter at bay after conceding an early penalty and had a chance to win right until the end. Crucially, Tomori still has ample room for growth, and he continues to improve in every regard.

Interviewed by the Champions Journal – the official magazine of the UEFA Champions League – Tomori spoke about a number of different topics including his career to this point, his experiences in England and why it was the right time to join the Rossoneri. MilanNews have relayed his quotes.

“When I was about five or six, I had some friends my age in South East London. My mother one day gathered all the other mothers and said, ‘Let’s give these kids something to spend their energy on’. So we went to a local recreation centre, where I scored a lot of goals. Then he moved me to Kent and here the coaches said, ‘He’s good, make sure you take him to a club.’ So I went to Chelsea at seven,” he said.

But you were born in Canada? “Yes, I moved to England before I was one, but Canada is still part of my story. I used to go back there a lot, but then football came and I played four times a week, so it was more and more difficult to go back. But I have many friends and relatives there. They always keep an eye on what I am doing. I receive lots of messages. I want to go back to greet them, but unfortunately I haven’t had time yet.”

And you also have Nigerian origins? “Sure. My grandparents are from there, my parents too and the friends I have at home are all from Nigeria. As a child, my parents spoke to me in Yoruba, which is a local language. Very Nigerian, from habits to food.”

Your first steps at Chelsea? “When you are young, you play just for fun and you never really know how far you will go. Then, as you get older, you get closer and closer to the first team and you start to take everything more seriously. Growing up at Chelsea definitely formed me. I played with many players and was coached by good coaches. And then I had the opportunity to play in the first team, an experience that brought me to where I am today.”

The moment you realised you had made it as a professional? “I managed to start my professional career at Brighton, the year of promotion to the Premier League. But I didn’t play much there. The next step, for me, is was to go to a team where I could get more consistency and at Hull City I was able to do that.

“Then I went to Derby County. There I think was the moment where I thought, ‘Ok, maybe I can really have a career’. Then at Chelsea, between 20 Champions League and Premier League matches, I said to myself: ‘Ok, I think I can play at these levels’. But I’m not saying I did it because I’m still traveling.”

Your first appearance in the Champions League? “I was lucky enough to make my debut with the people I grew up with: Tammy Abraham, Mason Mount, Callum Hudson-Odoi and Reece James. Listening to Champions League music was surreal. It was a special day.”

Your childhood memories of Milan? “I am reminded of the Champions League nights. Unfortunately the first one I remember is the final in Istanbul. And then I remember seeing the 2007 final in Athens, when Milan won. There were so many players that I admired, one of them was Kaká. So, being able to say that I am part of the club where certain players wore the Rossoneri jersey is fantastic.”

Did you talk to Maldini and Baresi? “I talked to Paolo and he told me how he thinks I can improve my game in terms of positioning and possession. Having this type of people to learn from and to take advice from is something that you can’t buy. Plus, knowing they’re watching me is definitely a motivation for me.”

The English players at Milan? “When I arrived, people were telling me about everyone who had played here. And they weren’t just any names, they were great players in the history of England. Like them, I want to do great things here.”

Marking Ibrahimovic in training? “It’s difficult! He’s too strong and intelligent. Even at forty he adapts quite quickly, and he’s still very sharp. Having someone like him to defend against, someone who has played at the highest level for most of the league. His career is incredible. And having him on your team is definitely better than not having him because he is a winner. He leads the group a lot and raises the bar. Having him around is definitely positive.”

What is Milan like? “I took a few walks, but with the many games we are playing – and for Covid – unfortunately I have not gone out much. It is a city that I like and that I hope to see better.”

How was moving abroad? “I’ve always wanted to try something in another country: from culture to different types of football. When Milan called me it was a shock: ‘A European giant is asking for me.’ decisive for making this choice.”

How is your Italian? “It’s ok. I’m understanding more and more. When Mister Pioli speaks in meetings, I understand almost everything. But I still have to work on it.”

Say a sentence? “I live in Milan. I am happy to play for Milan. I hope to have a good season.”

The differences between London and Milan? “Having grown up in the capital, I can say that London is faster and more chaotic. It seems that everyone is in a hurry. In Milan everything is much slower and the way of life is easier. And this suits me well because I’m a quiet person. And obviously the weather here is better.”

What is it like realising you play for Milan? “When I signed and had for the first time a bag with the AC Milan insignia on it, I thought: ‘Wow, I’m here. It’s all true’. My father watched football over the years in the 80s and 90s, when Milan won the Champions League and were the best team in the world.

“For him it’s crazy. I’m really, really happy and grateful to be here. If I have to retire today or if something happens to me, God forbid, I could say: ‘Yes, I played for Chelsea, for Milan and I managed to wear the England shirt’. Thinking about it is crazy.”