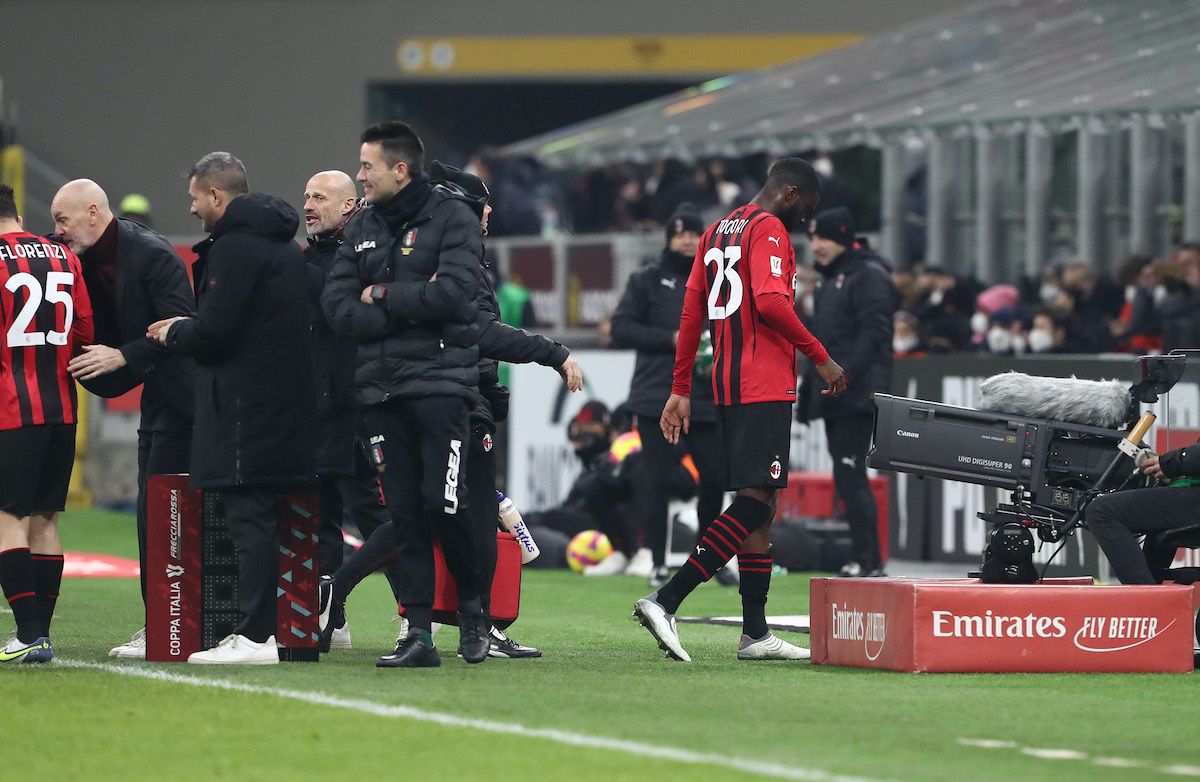 MN: Tomori comes off in first half vs. Genoa with knee problem – the latest on his condition

There is yet more injury worry for AC Milan as Fikayo Tomori was forced off during the first half of the Coppa Italia clash against Genoa at San Siro tonight.

Tomori was put straight back into the starting line-up after recovering from Covid-19, partnering Matteo Gabbia at centre-back, but there was panic when on 21 minutes the Englishman dropped to the floor rubbing his knee and appearing to be in some pain.

He carries on for a couple of minutes but never truly looked to be comfortable, so he limped off in the 23rd minute and was replaced by Alessandro Florenzi as Pierre Kalulu then shifted to become the right centre-back, as he played against Roma and Venezia.

According to MilanNews, the first diagnosis from Milan, on the condition of Tomori is that the 24-year-old reported discomfort in his left knee which will be subject to further evaluation in the next few hours with specific instrumental tests.

READ MORE: Maldini admits defender may not arrive in January and claims names have been ‘invented’ by the media