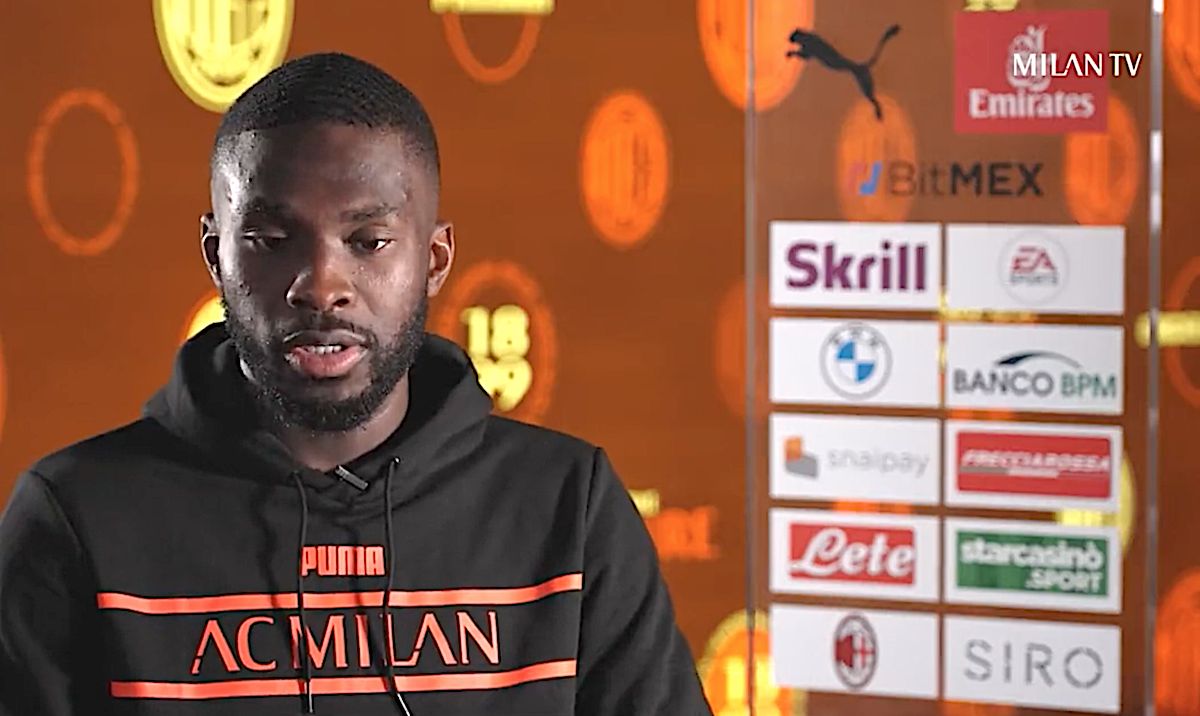 Tomori discusses feeling ‘loved’ at Milan, mission for 2022 and reaction after Liverpool error

AC Milan defender Fikayo Tomori has revealed that he feels ‘loved and appreciated’ at the club, and vowed to get even stronger in the upcoming year.

Tomori has had a fantastic start to the 2021-22 season after his loan deal from Chelsea was made permanent, with the Milan management no doubt rubbing their hands after paying €28m to sign him and watching his value skyrocket thanks to his status as one of Serie A’s best defenders.

There is an added layer of responsibility on the 24-year-old’s shoulders given that Simon Kjaer is out for the rest of the season after undergoing surgery on knee ligament damage, but since it has been business as usual for Tomori.

He spoke to Milan TV in view of Thursday’s game against Roma which will kick off 2022 for the Rossoneri, reflecting on last year and his time with the club so far, as MilanLive relayed his quotes.

“Everything is going well, 2021 was a fantastic year. Probably the best of my career. I became a Milan player, I played in the Champions League and I am very happy with everything. Everyone treated me well, it’s amazing how a year has already passed since my arrival,” he said.

“In 2022 I want to get stronger, improve more and more. I train every day at Milanello with great enthusiasm. Plus the rest of the club and I want to win something. We are there, close to first place, the team is stronger and more united than last year and I myself have accumulated more experience. We’ve been talking about it since the beginning of the season, we want to win.”

On his relationship with Simon Kjaer: “Everyone knows what his weight is in the locker room, I understood it right away. His injury is a pity, but we always see him smiling, he’s fine, we want to do something special for him too.”

On his mistake against Liverpool in the Champions League: “It was a bad mistake and at the end of that match I felt very down in the dumps, I was sad to have hurt Milan. But then I read the messages from the fans, I felt loved and appreciated. I was already very well at Milan, but after that evening I am even more at ease.”

Finally, on the game against Roma where he will face a familiar foe: “It will be a difficult match, Roma are an excellent team fighting to get to the Champions League. They will want to win and we know how tough it will be from the first game.

“However, if we play as we know we will have several chances of taking home the victory. Abraham? I know him very well, I know how dangerous he and the Roma forwards can be.”