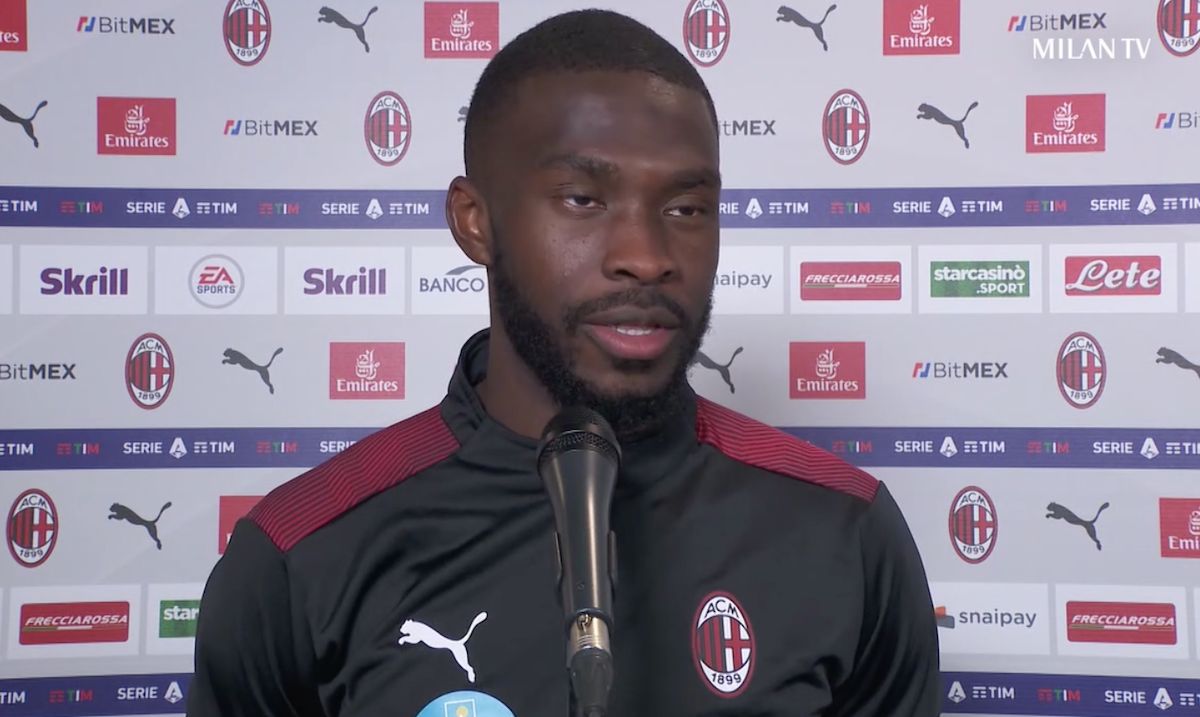 Tomori ‘happy’ after hard-fought draw vs. Inter: “It was important to remain undefeated” – video

AC Milan defender Fikayo Tomori has revealed that he is content after obtaining a point against Inter in a frantic Derby della Madonnina tonight.

Milan and Inter played out a 1-1 draw at San Siro as an own-goal from Stefan de Vrij cancelled out Hakan Calhanoglu’s opener from the penalty spot.After Napoli’s draw against Hellas Verona it means Milan are level again at the top and they keep a seven-point cushion on the Nerazzurri who stay in third.

Tomori reflected on the game during an interview with Milan TV, with his comments relayed by MilanNews.

“I am happy with the point collected, we did not want to lose this derby. It is an important point for our classification. With the chances we had, we could also have got the victory,” he said.

“It was important to remain undefeated and remain alongside Napoli in the standings. There is a desire to continue this path and continue to push on the accelerator even after the break.

“Today we had a strong team in front of us, we were good at not conceding a goal on open play. We want to defend as a group and as a team.”