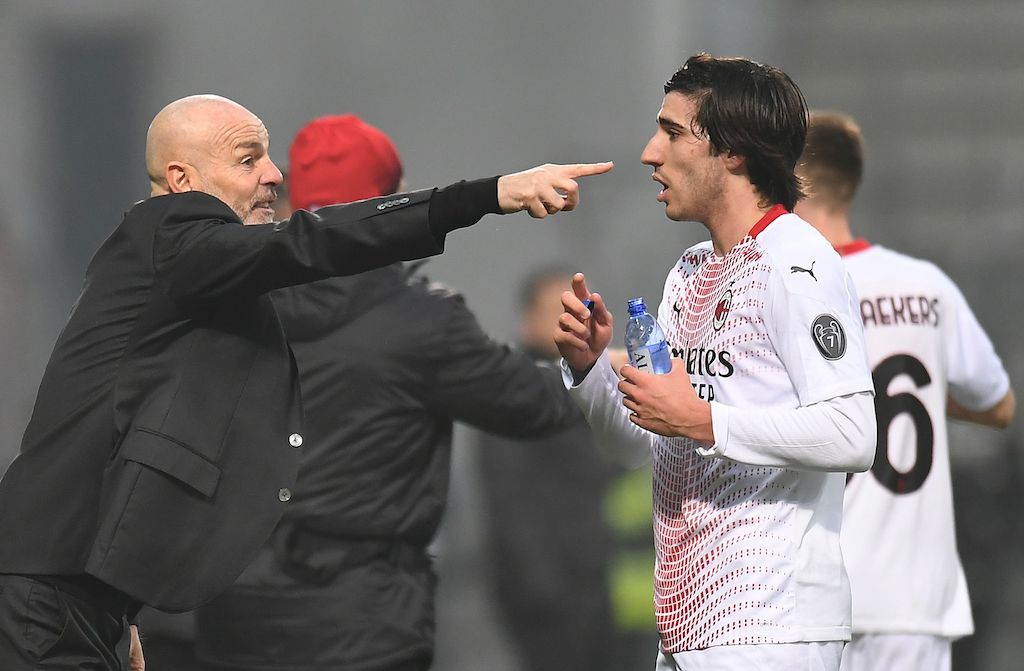 AC Milan have stumbled into yet another crisis as injuries and suspensions have taken their toll upon the team’s depth.

Ismael Bennacer will be out until the new year with a muscle problem while Franck Kessie will be suspended for the next game, and Sandro Tonali came off at half-time against Sassuolo with an injury too.

That means that going into the game against Lazio on Wednesday night – the last one before the Christmas break – Rade Krunic is currently the only recognised midfielder.

Here, we take a look at the options that Pioli has to combat the likes of Sergej Milinkovic-Savic and Luis Alberto in Simone Inzaghi’s 3-5-2…

The Calhanoglu option: Although we now know that Hakan Calhanoglu’s best position is behind the striker in the attacking midfield role, he could drop back and play alongside Krunic in the double pivot of the 4-2-3-1.

That would likely mean that Brahim Diaz would get the nod to be the No.10 and Jens Petter Hauge would be wide on the left, with Rafael Leao or Ante Rebic up front in Zlatan Ibrahimovic’s absence.

The wild cards: It may well be that Pioli does not feel comfortable taking Calhanoglu out of the trident given how much of a difference he can make.

Therefore, Pioli could think of springing somewhat of a surprise and playing Davide Calabria in that role – one he has done before in time of crisis – or even Alexis Saelemaekers who could inject energy and intensity.

Diogo Dalot could slot in at right-back for Calabria if the Italian were chosen, and Castillejo for Saelemaekers if that were deemed the right move.