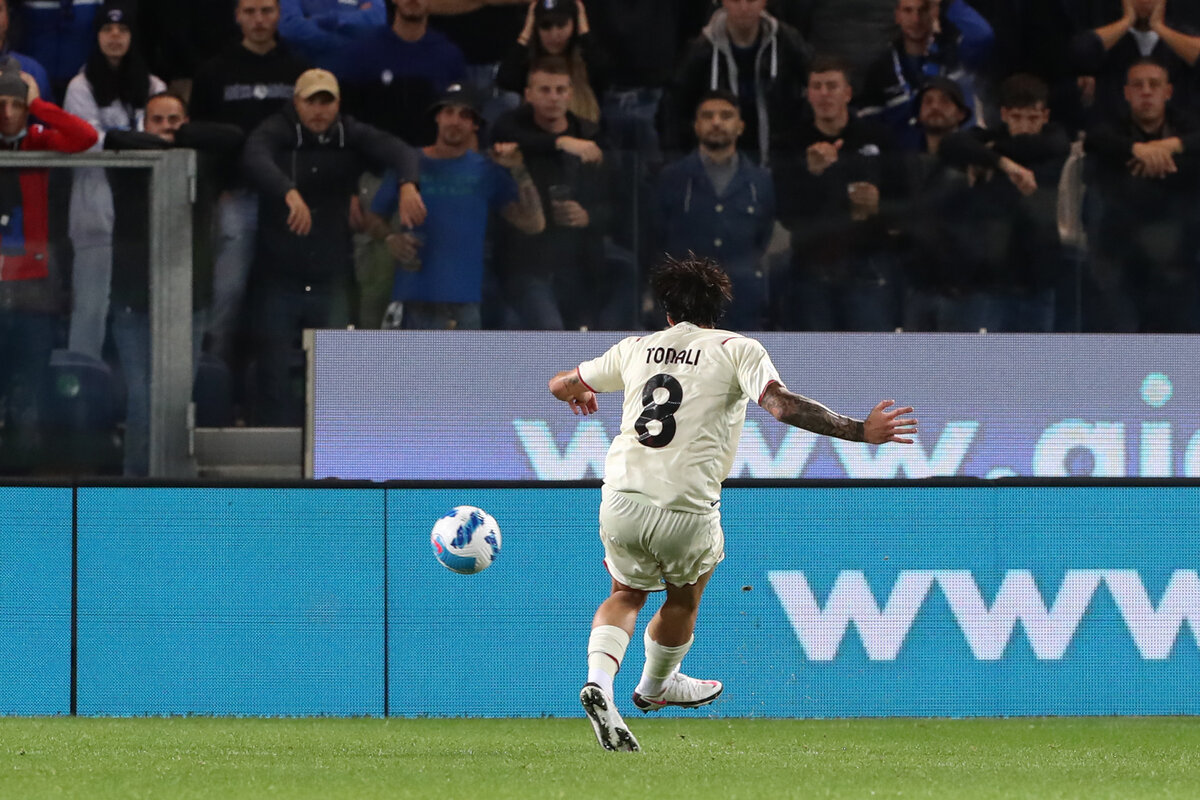 AC Milan midfielder Sandro Tonali has declared that the Scudetto is the target for the team this season after their fantastic start continued.

In truth the 3-2 scoreline somewhat flatters the home team as the Rossoneri ran out to a 3-0 lead before Atalanta responded with two late goals to make things very briefly quite nervy for Stefano Pioli’s men.

It is a sixth win out of seven in the league to being the 2021-22 Serie A season and only Napoli sit above Milan in the table having won all seven of their games. Tonali was the architect of another fantastic performance as he was his usual dynamic self in the midfield.

He spoke to DAZN after the game and reflected on what is a huge win in Bergamo against the big rivals of his former side Brescia, with his comments relayed by MilanNews.

“After the second goal there was a bit of fear, but time to restart the game that was already over. It didn’t last long,” he said.

“We started fast. After using a lot of energy in the Champions League, we didn’t expect it. We gave everything we could and we are satisfied with the victory.

“This victory gives us more awareness: if you come to Bergamo and get 3 goals, you are a great team. We are happy. Scudetto? It is the only goal that Milan has this year.”

On his two goals so far this season: “Both of them satisfied me. The first was the first, today I will carry inside me forever.”