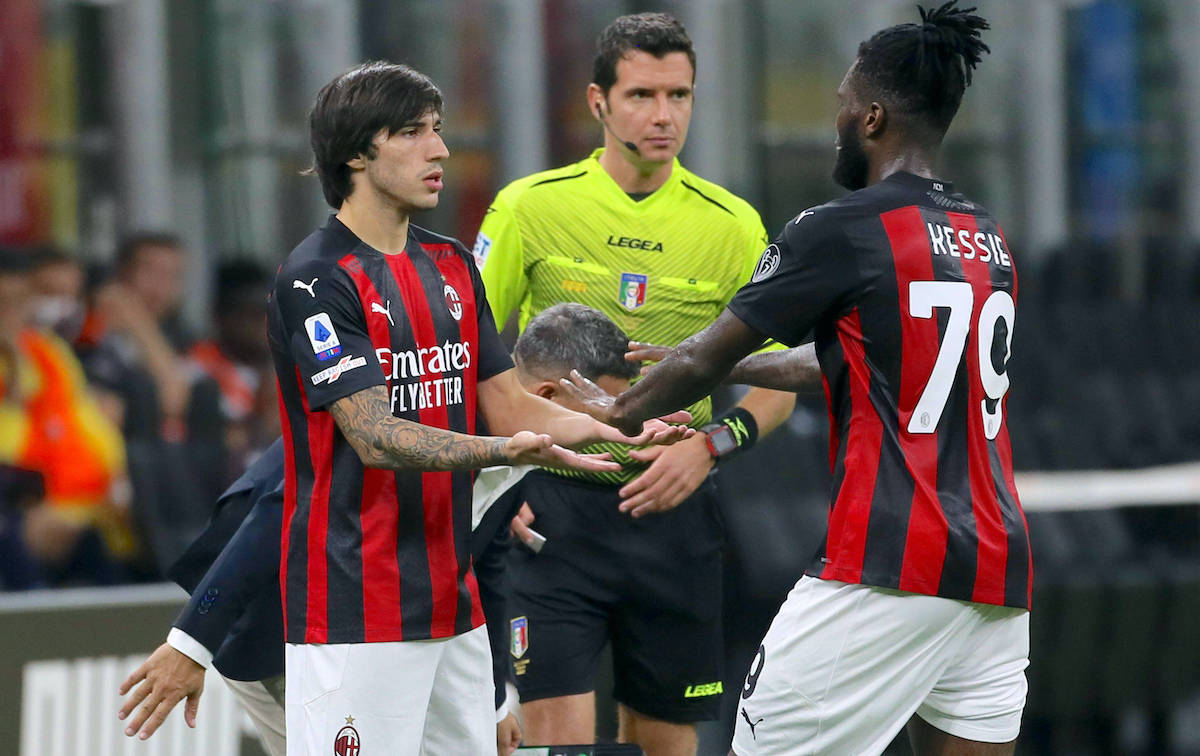 Tonali discusses working with Kessie and Bennacer, Scudetto ambitions and his Modric dream

Sandro Tonali has revealed that he is learning from fellow midfielders Franck Kessie and Ismael Bennacer, adding that the Scudetto is a realistic target for Milan.

Milan are regarding as having one of the best and most talented defensive midfield departments in European football, with Kessie who arrived from Atalanta in 2017, Bennacer who joined from Empoli in 2019 and Tonali who joined on an initial loan last year that was made permanent earlier this month.

Tonali spoke during an interview with La Gazzetta dello Sport about a number of different topics, and the newspaper asked him how he has found it working with Kessie and Bennacer and about the competition in the midfield department.

“I studied them and they taught me a lot, even in training. They have grown a lot at Milan, a model for team-mates. Competition? Having many excellent team-mates does not have to create competition but offer input to give everything and improve. The bar must be kept high, it is good for the whole team,” he said (via MilanNews).

Tonali was also asked about the ambitions for the upcoming season both from a team and an individual point of view, with the Rossoneri ready to make their long-awaited return to the Champions League after a seven-year absence.

“If we will fight for first place in Serie A? Yes. We are all fighting together, for the same goal. The team’s thinking is unique. Champions League? Follow the road as much as possible. Let’s go back after so many years of absence and we know it won’t be easy, but we are Milan. Europe is our home.

“Which great midfielder would I like to challenge in the Champions League? Modric, I have always admired him. Playing against us would be a pleasure.”

READ MORE: Milan want 16-year-old Parma midfielder who made Serie A debut against them