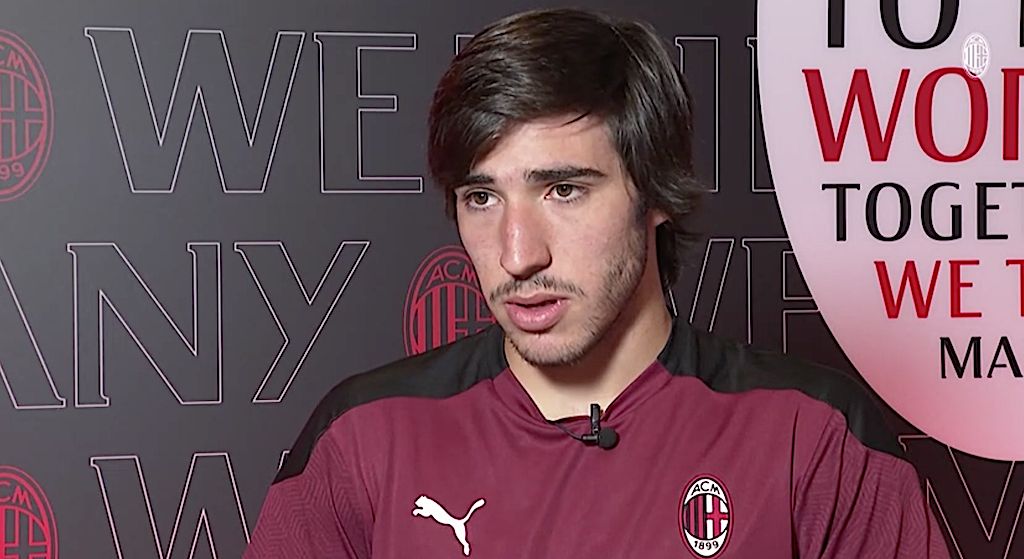 Tonali: “Even when I was playing with Brescia I watched Milan matches”

New signing Sandro Tonali has revealed that he followed AC Milan’s matches even when he was a Brescia player.

Milan pulled off an impressive coup earlier in the month as they secured the signing of Sandro Tonali from Brescia on a loan with option to buy deal.

There is a lot of excitement regarding the 20-year-old, who is the latest addition to Milan’s young core which already boasts the likes of Gianluigi Donnarumma, Ismael Bennacer, Theo Hernandez and Franck Kessie.

Speaking to the microphones of Milan TV, Tonali spoke about his adjustment to life as a Milan player and what the future holds.

“90% of football is on the pitch, if you do well on the pitch it doesn’t need anything, the rest is something more,” he said (via MilanNews)

“It is more important to stay more focused on the pitch and also keep a part of the head at home. The media and social parts are also needed but they are marginal.”

Tonali made his first start in Sunday’s win over Crotone, and put in an impressive display in what was a 2-0 win that the conditions made anything but easy.

“The wind affected our performance a bit because it is difficult to play anyway. Certain plays are due to the fact that it is always right to move forward with the ball, as soon as you can it verticalizes and we try to do it as soon as possible.”

On growing up as a Milan fan, he added: “Even when I was playing with Brescia I watched Milan matches and there is no need to say that I am an adopted Milan player because I’ve always felt like I am a Milan player. In the past few years, I’ve sneaked in to see a few games. I am very pleased to be here.”

On Franck Kessie: “He gives 100% and never gets tired. After playing one game, he may play another. He is a team-mate who helps you a lot, he supports you a lot and therefore playing with Franck is important because he helps you in everything.”

On the match against Rio Ave: “We are focusing on winning the game and putting in a performance that is convincing. This is what we all want and we know the importance of the match. We focused on Crotone, now head to Rio Ave with the whole team.”

On the players set to return from injuries: “A lot of players are returning and this is very important because having so many games it is useful to have a large group. We need all players 100% and to stick together. ”

On the international break: “We must arrive at the break in a positive way. After Rio Ave there is an important league game to win that would make us take a big step forward. In this way then we can better prepare for another match that we are waiting for a long time.”