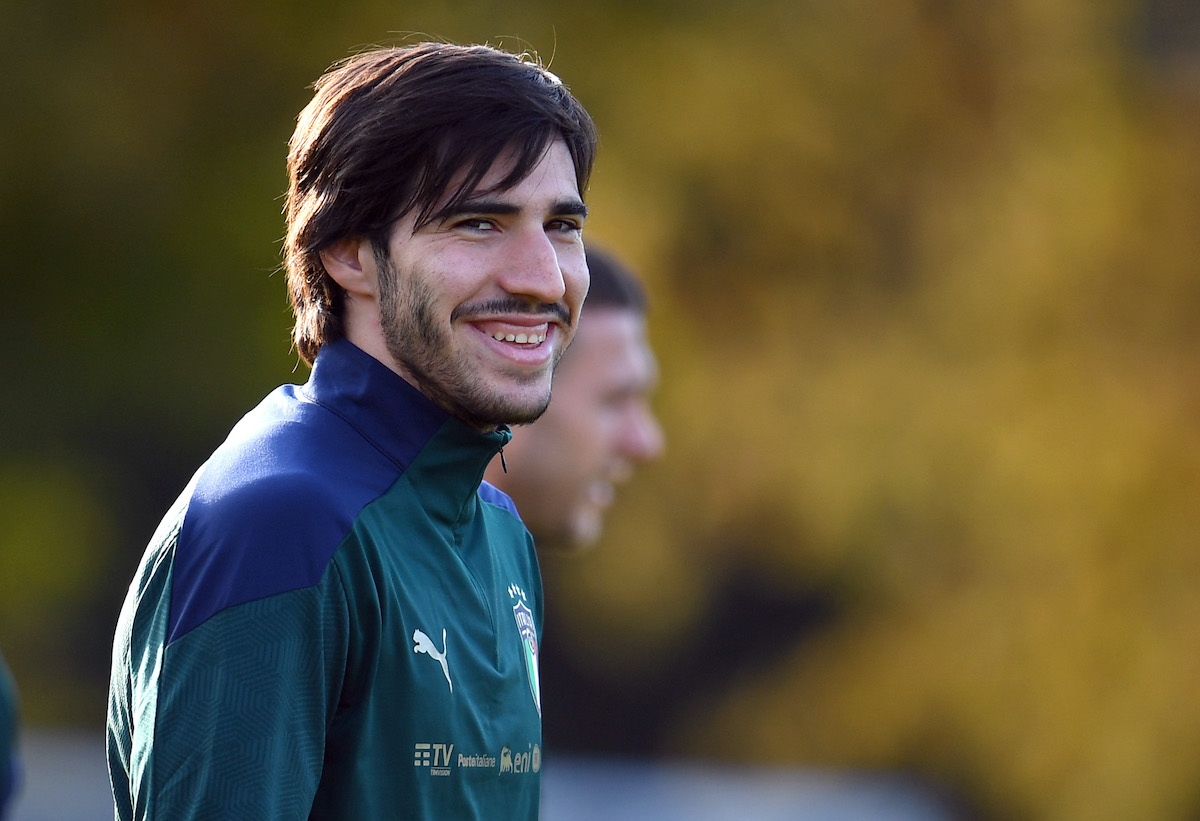 AC Milan midfielder Sandro Tonali has revealed that he is not thinking too far ahead when it comes to his future but rather just wants to take it one season at a time.

Tonali has been having a fantastic season for the Rossoneri after a 2020-21 campaign with the club that, by his own admission, was not quite as he had hoped following his move from Brescia to his boyhood club. He is now a leader of the midfield despite being just 21, having really kicked on this season so far.

Interviewed by the social channels of the FIGC, the Milan midfielder answered 5 questions about his past and his current moment, with Calciomercato.com relaying his quotes.

“When did I start playing football? I was 5 years old when I started playing in the oratory of my country [youth camp]. That experience in the oratory did not last long because I spent a year with my brother, where I then went to Lombardy 1. The passage from my country to Milan was really fast,” he said.

“Being in the Italy youth ranks? They helped me a lot to grow, especially when I started playing for Brescia in Serie B. It was a big hand at international level for myself and for Brescia. Now, I have learned to play with the great footballers.”

It was back in November 2018 that Tonali was called for the first time to the senior national team by manager Roberto Mancini but he did not play, while in October 2019 he was called up to the Italy senior squad once again.

His senior international debut came on 15 October 2019 during a 5–0 away win against Liechtenstein in Vaduz and his first start for his country came in his following appearance on 15 November in a 3–0 away win over Bosnia and Herzegovina.

“My first call-up to the senior national team? I remember it well, it was an exciting moment. Then on November 15th I debuted for the first time. Impossible to forget. What value do I attribute to the Azzurri shirt? For me it means a lot, it is the dream of any child who loves football, who loves the national team, who hopes to wear this shirt one day. It’s the best thing that exists in football.”

“My future goals? I prefer to think year by year. I have clear ideas, I want to go on season after season without thinking about my career.”