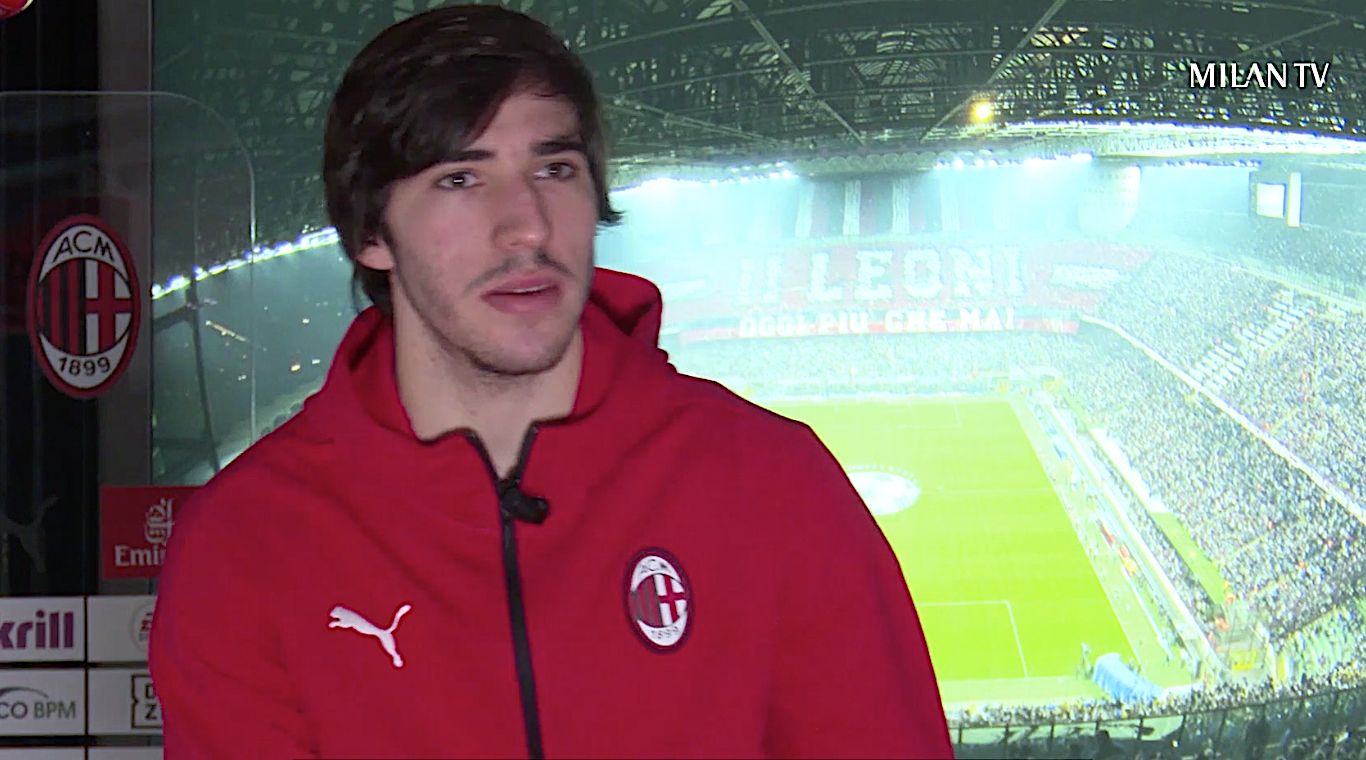 Tonali heaps praise on Pioli as he reflects on first few months at Milan: “I play for my favourite team”

AC Milan midfielder Sandro Tonali has reflected upon his first few months realising his childhood dream of playing for the team he grew up supporting.

The 20-year-old joined from Brescia in the summer and after a slow start he has been getting more and more opportunities to impress, showing growth every time he steps onto the field.

At Brescia he played at the base of a midfield three and he has had to learn and adapt to the midfield double pivot, but as mentioned he is showing with each performance that he is learning tactically.

Tonali was interviewed by Milan TV about the influence of Stefano Pioli and also the recent success against Sampdoria.

On the group hug after the victory at the Marassi, he said: “Moments like this after a game like this, which was very complicated, are moments that give us self-esteem,” he said (via MilanNews).

“The coach gives us a boost like this after 90 minutes in which we fought, we suffered, we could have drawn in the end but in any case keeping control of the match for most of the time gives you a great charge because you know you won, you know you did well and you know that the coach treats it as if it were a victory which is worth a lot. It is a beautiful thing that gives us so much.”

On Pioli: “He was close to us even when he was at home, so we certainly missed having him here and working with him. He’s a fantastic person, winning with him back is great. Seeing Milan win with the coach on the bench is always nice.”

“And it is also for this reason that the coach had that reaction. You know they are all there, you know you can’t go wrong and you as a great team do this, because you are a great team. There are still many things to do together, we hope this is just the beginning.”

Tonali also spoke to Sky Italia, with his words transcribed by MilanNews.

On his start to life at Milan: “The beginning was not easy, because I had been practically stopped for a month after the holiday.

“It was difficult to resume playing in a new club, it took a while, the first month of acclimatisation. Then once you know the rhythms, team-mates, coach and the staff it is easy to move forward in such a group.”

Tonali was asked if he feels more like ‘Sandro’ – the boy who grew up supporting the club – or ‘Tonali’ which signifies the name on the back of his shirt and the fact he has made it as a professional player.

“More as Tonali, because I grew up. Sandro must be left slightly aside, for my career. Sure, he is there. I always have that inside of me, but now I’m a Milan player and my head is only for Milan as a player.

“They are two quite different things. Playing is my passion, plus I play for my favourite team. They must be separate, but taken into consideration, because it is the team that I have inside of me all my life.”

On Pioli: “He is our team leader. He is the first person who is showing us the right path and we are all following him together. You can spend hours talking to the coach, he can explain everything to you. He is open with us and we are happy to have such a coach.”

On the rebirth of Milan in 2020: “When you play like this, more than a rebirth is a birth, because a Milan like this has been a long time coming.

“It’s nice to be inside this Milan, to win and to convince. The numbers are incredible, we haven’t lost since March and it’s a lot of games in Serie A.

“Milan is special, because at Milan you can’t feel bad. No player, perhaps, has ever felt bad in this club. It’s different, because the people who follow you are all people humble.”

On the growing ambition: “Ambition does not grow more and more, because it is high. It is normal that after so many results you believe it can reach certain objectives, as you get closer and closer.

On the letter he sent to Santa Lucia as a kid asking for a Milan shirt: “I will certainly do the letter like every year. I should already do it now, in the next few days. I don’t know what I’ll write, but Santa Lucia has already listened to me. He gave me Milan, so I don’t expect much from him.”