Athletic: The key moments from Tonali’s ‘most complete performance in a Milan shirt’

Sandro Tonali’s omnipotent role in this AC Milan side has taken his game to new heights, analysis from The Athletic has highlighted.

During their latest feature on Milan, The Athletic note how only Mike Maignan has played more league minutes than Tonali this season and this is certainly helping his consistent development.

While Tonali might have been thought of as a deeper-lying more combative central midfielder, it is noted that only Brahim Diaz is ‘making more deep progressions, the metric aggregating passes, dribbles and carries into the final third’ than the young Italian.

They also picked out some key moments Tonali was involved in during the 3-2 win over Atalanta on Sunday night, starting with a superbly executed block to deny Ruslan Malinovskyi in the 14th minute. 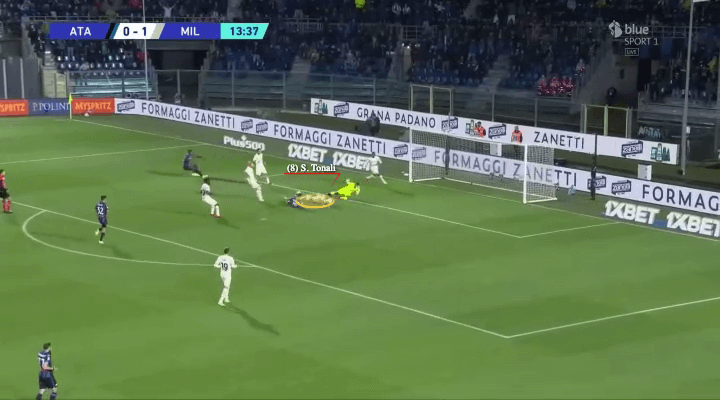 Then there is the more Pirlo-esque side to Tonali’s game, which has been talked about but not seen as much some expected because he is actually an inherently different type of player. In the frame below, he sends a ball in behind to put Rebic in isolation against Atalanta centre-back Merih Demiral. 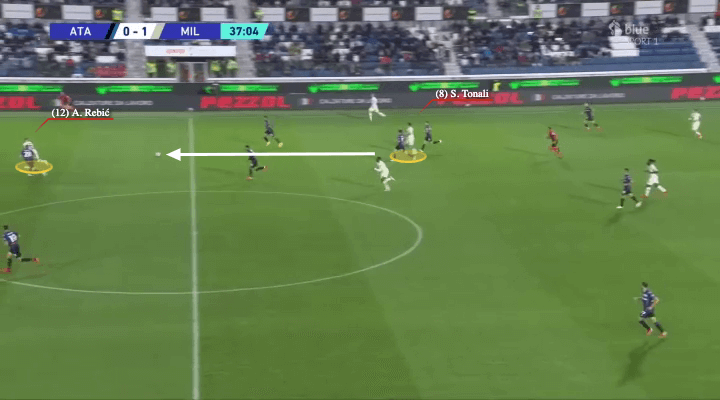 Demiral ended up getting possession back and Atalanta then set about hurting Milan at the other end, but Tonali was once again in the right place to help limit the damage Malinovskyi could do by assisting centre-back Fikayo Tomori. 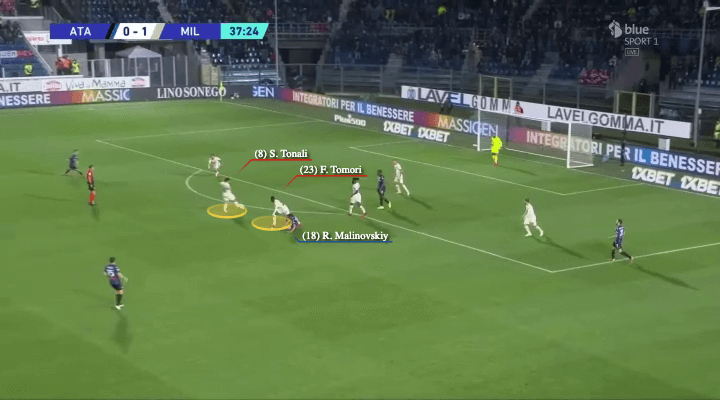 The Athletic describes the Atalanta game as “Tonali’s most complete performance in a Milan shirt” and then picks out the goal he scored, during which he received some help in pressing from Alexis Saelemaekers.

Tonali was able to push up and be the furthest forward, and with the options cut off Freuler surrendered possession while the ex-Brescia man finished like a striker to double the advantage. 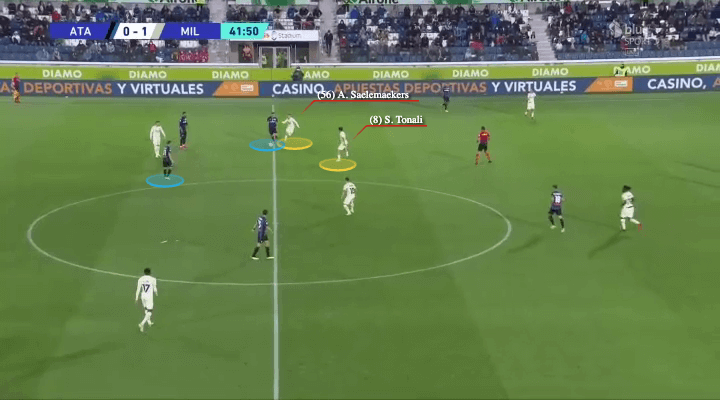 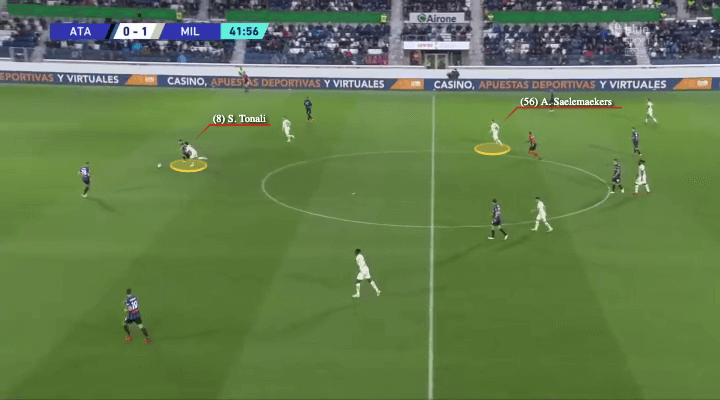 It is yet another sign that Milan may very well have a special young player in Sandro Tonali, who is not just knocking on the door of Roberto Mancini’s Italy squad but actually brayed it down, before it was announced he would be allowed to play (and likely captain) the U21 squad instead after the understandable request of their coach Nicolato.