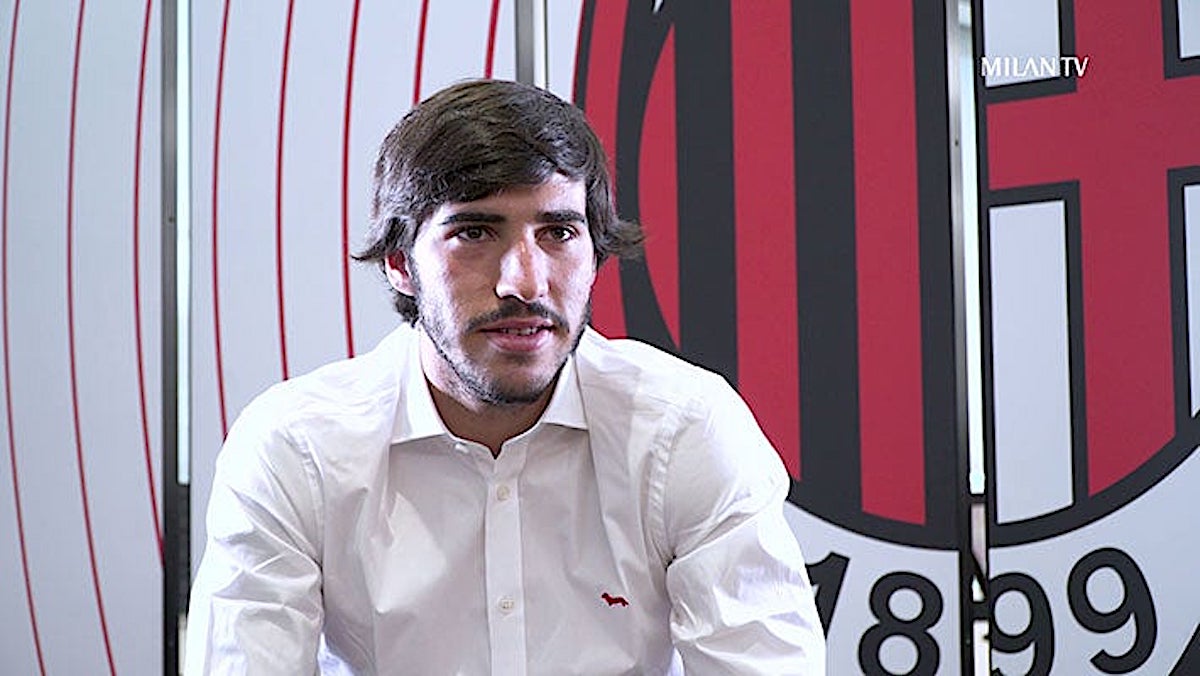 AC Milan midfielder Sandro Tonali believes that the experiences the team have had in Europe so far will stand them in good stead, and revealed his desire to stay with the Rossoneri for a long time.

Milan make the trip to face the LaLiga champions at the Wanda Metropolitano knowing that only a win can keep their very slim Champions League hopes alive, while Atleti themselves are in need of three points given they are currently in third place in the group with knowledge that Porto face a very difficult visit to face Liverpool at Anfield.

Tonali has been tipped to start in the double pivot as he looks to gain more experience in Europe’s top club competition that will further aid his impressive development. The young Italian spoke to the media after this afternoon’s training session at Milanello on the eve of Wednesday’s trip to the Spanish capital, and his comments have been transcribed by MilanNews.

Is it the most important match of your career?

“The most important is always the next one to come. So tomorrow is very important for all of us, we have to take one more step, that is to win. We have to think only about tomorrow and give everything we have. The Champions League has shown us that in this competition there are teams with players who can solve the game in a few minutes as happened in the first game [vs. Atletico]. Tomorrow is the game, we have to go there and try to win.”

How much have you grown?

“I’ve grown a lot, I’m doing what I didn’t do last year. I have to continue like this, without being fooled by compliments.”

How are you feeling the day before the game?

“It’s a fundamental game. You can come back from Madrid again with the hope of playing for the next round. It can be a game that can give us a great boost for the future. We have shown in this Champions League that we can play against anyone. Tomorrow the only goal is to win, we will go there only for that.”

What kind of match will it be?

“The first leg match was conditioned by the red card, but in the first part we were superior. After the red it was another match.”

Do you want to stay at Milan for a long time?

“Retracing the career of the great Rossoneri players would be wonderful, but it’s too early to think about it. Let’s take one step at a time.”

How do you judge AC Milan’s path in the Champions League?

“They were important games from all points of view. In Liverpool we found ourselves ahead, then the episodes changed the game. There was also a bit of referee bad luck, but it happens in football. Great attention will be needed throughout the game. game tomorrow, we will have to put our whole soul on the field.”

What was Milan missing in the Champions League compared to the league?

“All the teams have more experience than us, here there are many players who are playing in the Champions League for the first time. Even in the first leg they are very clever, as in the occasion of Franck’s yellow cards. We have to grow on this, we are missing a few small things, but our games have always been of a high level.”

As a child you wrote a letter to Saint Lucia. Now, what would you write to Saint Ambrose – the patron saint of Milan – who will be celebrated on the day of Milan-Liverpool?

“I don’t know, maybe I’ll ask that I play a great match and bring home the positive result. Now, however, let’s just think about tomorrow, it all depends on us. We have to give everything.”

What do you fear most about Atletico Madrid?

“We have to face the game thinking little about the opponent, we have studied them a lot, but we have to think about playing our game. They are a strong opponent, we don’t have to worry too much about them, but give everything we have.”

READ MORE: Albertini urges Kessie to make a ‘professional’ and not an ‘economic’ decision over future