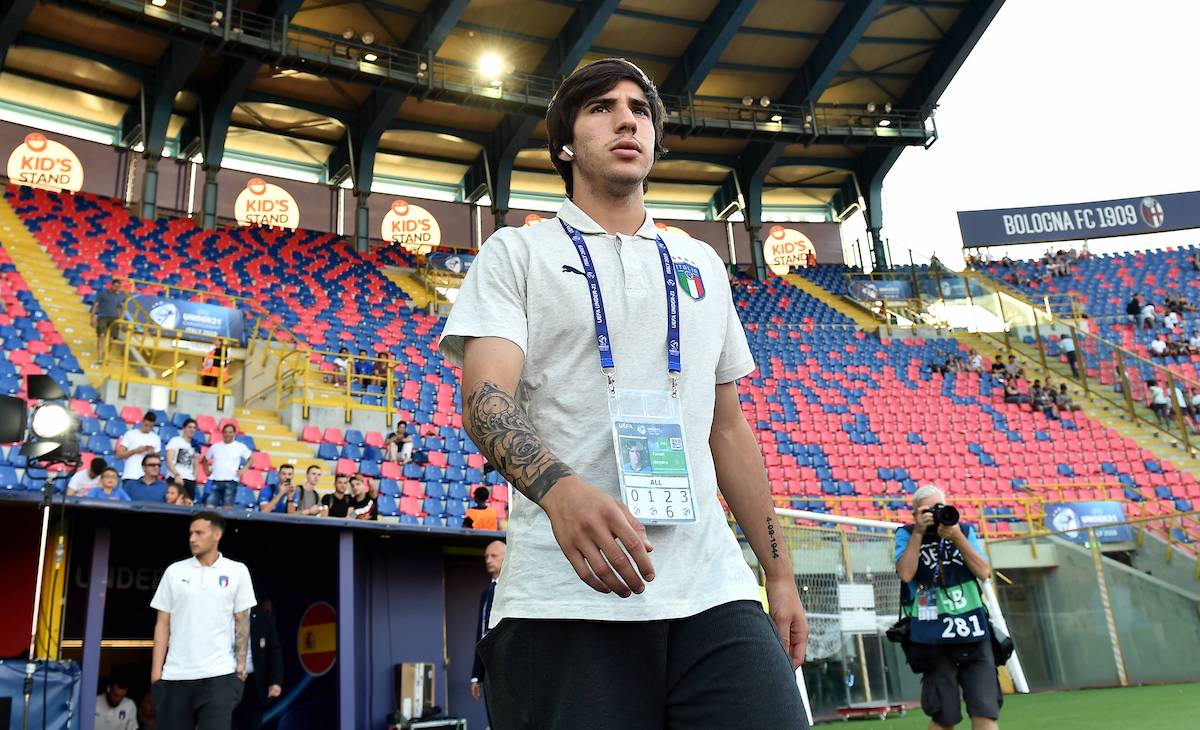 Tonali reflects on return to Italy’s U21 team and declares: “At Milan the objectives are clear”

AC Milan midfielder Sandro Tonali has reacted to being back with the Italian U21 national team, insisting it is just a ‘starting point’ for him.

Tonali’s rise to prominence on an international level was sharp, as he took part in the 2018 European U19 Championship with Italy in 2018, reaching the final of the tournament. In November 2018, he was called for the first time to the senior national team by manager Roberto Mancini. and was called up again in October 2019 for Euro 2020 qualifiers against Greece and Liechtenstein.

Tonali made his senior international debut on 15 October 2019, coming on as a substitute in the 5–0 away win against Liechtenstein, but he is back with the U21s for the time being to aid his development and reduce the pressure on his shoulders.

The 21-year-old spoke to the FIGC about his ambitions in the national team and seemed to strongly hint that he wants to be with the senior side as quickly as possible, even discussing feeling like a leader and being at Milan.

“For me the Under 21 is a starting point and a restart. It is always an emotion to wear the national team jersey, you have to be proud to do it. Then with the fans in the stadium everything is even more beautiful,” he said (via MilanNews).

“It is not easy to start a new cycle, but we are all willing to get to know each other as quickly as possible, which is the most important thing to do since we only have two days to work before going on the pitch.

“Am I a leader? Yes, but apart from that we are a close group. Even those who do not play in their club are trying to give their all. Everyone has to prove they can stay here. At Milan the objectives are clear, we always aim for the maximum and to get as high as possible.”