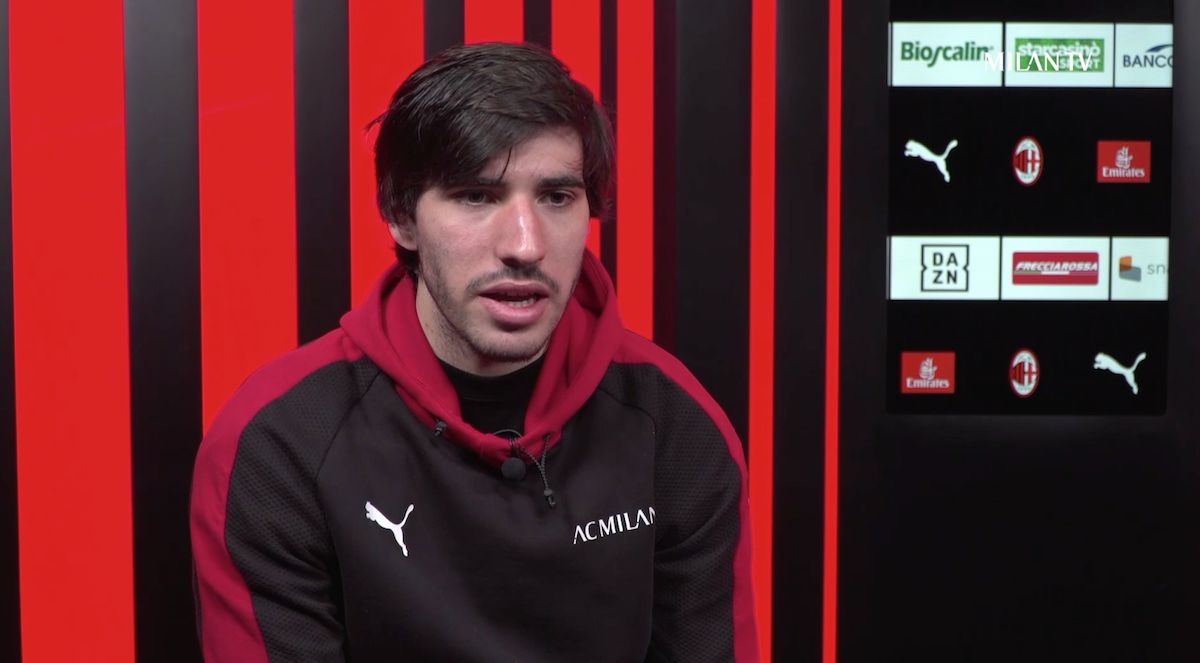 AC Milan midfielder Sandro Tonali has revealed that he fights for his team-mates like they are his best friend, and referenced a source of inspiration in the dressing room.

Tonali was interviewed by Milan TV, with his comments transcribed by MilanNews and translated below, beginning with a reflection on the recent 1-1 draw against Udinese.

“The match against Udinese had to be played like this, in my opinion we didn’t do what we could because I think we could do more, it’s the first thing we said to each other once the match was over,” he said.

“As for the second half in Manchester, you cannot enter the field without malice, determination in a match like this, when you are losing one to zero but you are controlling the game. It’s the minimum, it’s natural, your mates who have been playing for seventy minutes bring it to you.

“We know how we are made and what we are made of, working together is more important than any single one, so much is always played in 11. For 90 minutes any of your mates must be your best friend, a person you defend and sacrifice yourself for. We are a great group and we are showing it even in these difficult moments.

“It makes you understand that you have merit because all this did not come by itself but we earned it by sweating, working, running, playing, winning. These are important things, that photo there triggers a spark in us, if we are here there is a reason and therefore we will certainly not give up.”

AC Milan were outstanding as a unit against Manchester United last night, but two men – namely Franck Kessie and Simon Kjaer – stood out in particular.

In the absence of many big names – including the team’s leader Zlatan Ibrahimovic – it was the Ivorian and the Dane who took the young team of Pioli under their wing and led by example with excellent performances.

“They are examples, not only for us youngsters but for the whole team, even for Ibrahimovic and the coach. Kjaer is the most professional of the team, the other is our backbone, the column that never gives up that is always on the pitch, in any game and in any minute. They are our two great examples. They give a great boost to all the fans, to all of us teammates, to the coach, to any person in Milan,” Tonali said.

“Can we say if Sunday is Pioli’s match? Yes, it’s Pioli’s game, Milan’s game because Milan is made for these games, we can’t wait to play them and do great performances like that of Manchester.”