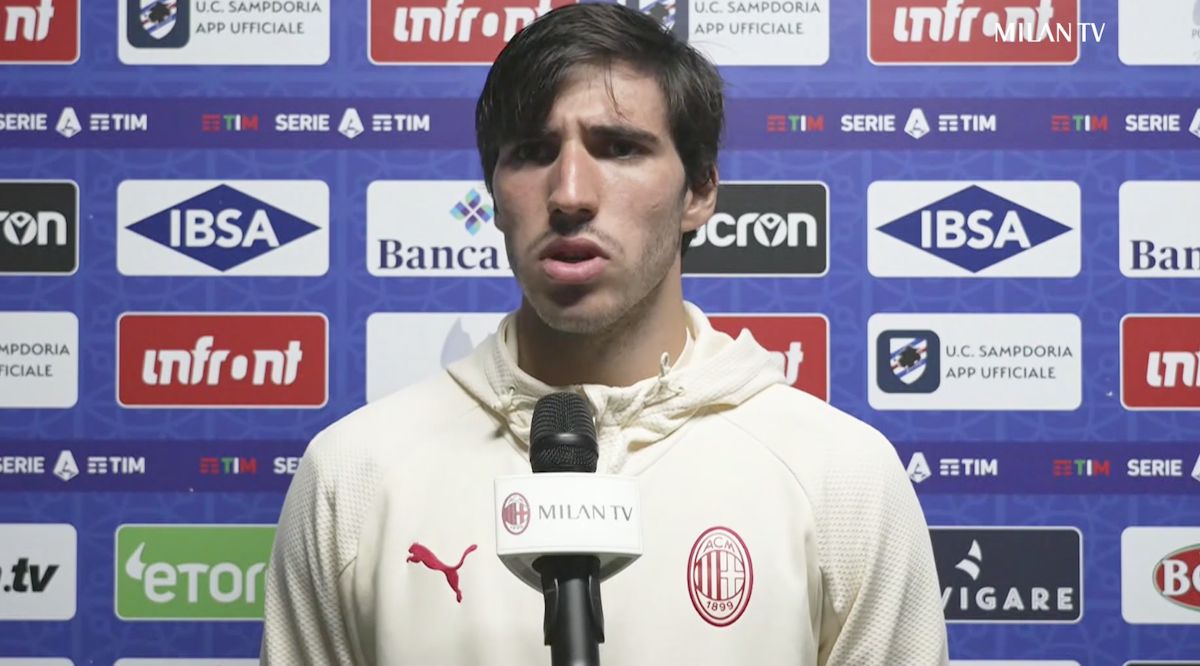 Tonali: “We put a brick of our path together, we started well and we have to continue” – video

AC Milan midfielder Sandro Tonali has described the win over Sampdoria on Monday night as a ‘brick in the path’ as the new season began with a victory.

It was far from pretty as the Rossoneri were forced to battle hard for 94 minutes against a very physical and resolute Sampdoria side, but in the end Brahim Diaz’s goal inside the opening 10 minutes was enough to secure the three points.

Tonali was interviewed by Milan TV at the end of the game and reflected on a battling performance and three points, with his comments relayed by MilanNews.

“It was a tough match, they are the most difficult and not to be underestimated matches that never end. As Milan players we were able to keep positivity on the pitch, to keep our heads up and think,” he said.

On his growth together with that of the team: “Today we put a brick of our path together. We started well and we have to continue like this game after game, it’s the only thing to do right now.”

On the fans: “It was great. There is nothing more beautiful than playing with the fans, we have done almost two years without it and it is a burden to everyone. We are back on track, hoping to have the full San Siro soon and we dedicate this victory to our fans.”